Thinking of coming back to twow, ive gotten used to sitting on the sofa playing Elden ring and was wondering if anyone has been able to get a controller to work with for twow, if so some information would be great as I cant find any.
Top

I experimented a bit with steams streaming software on classic with console port addon. 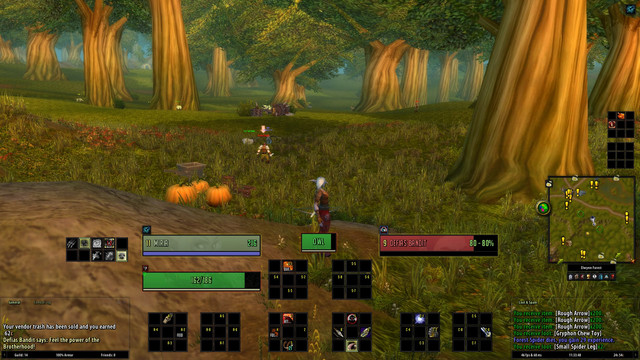 This dude seems to have been able to config a controller?
Top

I've used a program called Joystix Pro since original TBC to play WoW with controllers. There's a free trial on the site, but it's a one time $20 charge to own. I'm sure likewise you can find free profiles through Steam and whatnot, but I've never looked into them since I've been using this setup since ~2007. I even prefer it over ConsolePort, which came later, and it works with any version of WoW you throw at it since it just uses the default keybindings. I don't use any special UI for it since I just memorize what the buttons correspond to.

I made a video showing it off with text to voice software since I'm too awkward to use mic. I didn't list it because it's pretty bad, lol.