I was still in this old temple and I was alone.
Alone with the Statue.
And the Naga looked down on me and said: "Ah! More kindling for the fire."
"Are you the Old God?" I asked.
She laughed loud and shrill. "Cursed are the Names of the Old Gods!"

Slithering down from her plinth to come closer, the coils of her long body seemed endless.
Towering above me, she shouted "Everyone Hates the Old Gods! They Hate themselves the most!
And you too will use your Burning Hate to do what is yours to do and Destroy the World!"

Her words brought up a wave of sorrow, deep from within me; it left a bitter taste in my mouth.
I averted my eyes while the dark clouds of despair rose around me.
"Don't be weak!" she cried out. "Use your Hatred and Anger and Burn! Burn everything!"

The dark clouds swirled and enveloped me.
Fires everywhere lit up the night and an endless sea of the peoples of all the Races became visible.
They had brought their own fires, the fires of War and Destruction.
Witnessing it, the Sorrow in me became a whirlpool of poison.
I spat it out, unable to bear it and it burned with green fire where it fell.

"Green", I thought, "it should not be green! No! This can't happen to me! I am a Mage, not a Warlock!
Our Fire is red!!"
That thought was like a dam breaking.
With the force of a Dragon, waking from its Eternal slumber, streams of red Fire shot out of my eyes.
My nose wrinkled as it burned a swath of land in front of me, indiscriminate.
No matter where I turned my Gaze, there was incineration.
It was terrible!


I remembered Wilani, how she had said that her Rage was burning her up inside, how she could not refrain from killing.
There she lay, to the side of me, her corpse black and smouldering.
I was beyond Sorrow now and I turned my Burning Gaze onto the Mountains.

And the Mountains melted and streams of red glowing rock covered the warring sea.
Exhausted and drained, I collapsed in total blackness. 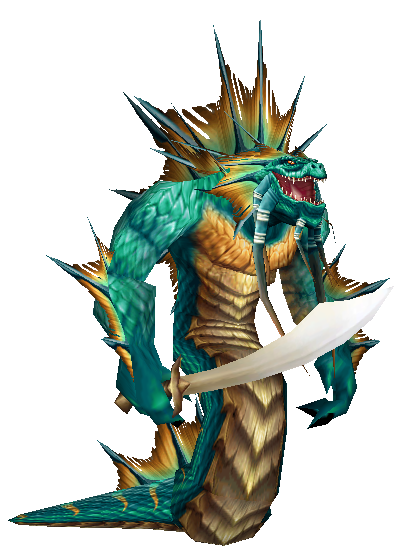 I woke up to the sound of Drums. (Only later I realized it came from a Tremor-totem placed by the Shaman to counter the Sleep-spell.)
I felt filthy, worse even, defiled.
I looked up and while the Drums were going on in my head, I saw how a big Tauren was talking urgently to a shaky Undead.
What was going on?

The Undead started casting, on himself and onto others that were lying around.
And on me! I braced myself for what was going to hit me.

It was as if a flash of Lightning went through my head!
I broke through the surface of the sea of defilement and could realize myself again.
Ooh, never before had I been so lost.

Shivering and with trembling hands, I reached for some firewood. It was not due to cold, my Spirit, it felt depleted.
I saw Wilani. She was alive, but she looked half dead. I wondered what she had been dreaming about.
With a crackling sound I shot a fire-spell into the wood and it was fully ablaze instantly! This was not the casting I was used to!

"What are you doing, Mage?!" roared Lord Kelris.
"Please refrain from using the gifts of the Old Gods until the Meditation is finished!" and he casted again a Sleep-spell onto us.

For a moment, it clouded my head but then it was gone.
Dawnstrider renewed the Tremor-totem he had planted, to be ready for any more attempts on our consciousness.
"Don't forget to replenish your Mana!" I reminded him and the Priest since now both of them were crucial to our mental defence.

Lord Kelris threw another Sleep-spell onto us, to no avail.
"I see now, how you recruits are not worthy!" he spoke ominously.
Then he roared: "You will feel the Power of the Old Gods!" and began lighting one of the braziers that stood around the statue.

Rising up again, he shouted "We, who are worthy, will not suffer when the Hour of Twilight comes!"

"We will be bringing the suffering! The Power to Destroy is ours!"

"Get ready to go through the Portal, Shaman." said Morgrin, "She will open it as soon as she can."
"I can not risk it with him casting Sleep-spells on us!" I said urgently. "We have to take him out."
"Sheep him then." replied the Rogue.
"Can you not Sap him instead?" I asked in return. "My Sheep-spells have not brought much good, so far."
His answer was drowned in a loud rumbling and grinding noise.
We looked up, towards the back, where an opening appeared between two colossal doors.

As the opening got wider, first smaller and then bigger Crabs poured through. They ran around like mad, bumping into us and attacking whatever they hit.
"Protect the casters!" said Morgrin loudly.

To cast Sheep now at Lord Kelris would be futile, with so many crazy Crabs running around; the Spell would break the moment the Sheep would be hit.
What to do?
I kept my eye on Lord Kelris while I shot Fire-bolts at the smaller Crabs that could be taken out quickly.
The Shaman had put down a Fire-totem which was a great help, shooting bolts of Fire all by itself.
I let Wilani and Morgrin handle the bigger ones.
Dawnstrider and Gregory had to divide their attention between healing and keeping up the Totems and the Dispels.

The rumbling noise had stopped and we could hear Lord Kelris speak, again about Twilight and the Old Gods etc.
There were only a few Crabs left and I readied myself to Sheep him.
"You will not escape the vengeance of the Old Gods!" he said loudly.
"The Gates of Wrath will open and you will receive your chastening!" and proceeded to light another brazier.

But then my voice was drowned-out by renewed grinding and rumbling noise; the doors started to open further!
Even bigger Crabs now and other Crustaceans piled through the opening and thundering footsteps could be heard above it all. Something enormous was approaching!

I targeted every animal that in their distress ran close to the Sheep, in order to keep the Spell from failing. But the chaos was just too great. It would be only a matter of time until Lord Kelris would be freed.
And I could not use any of my Spells that acted on a big area, or I would damage the Sheep myself.

Ow! A fear-crazed Crustacean ran straight into me and I had to deal with it until the Rogue picked it off and managed to kill it.
But after it had been taken care of, I could no longer spot the Sheep! Where had it gone?

It must have walked off the plinth and since it was not very tall, I could no longer see it.
"I have to get to the Sheep!" I yelled at Morgrin and I climbed onto the steps.
If only the Rogue had just Sapped him! Then he could not have walked away.