This patch will not have a new version until Turtle's official patch squish update is pushed. There are too many compatibility fixes for me to maintain mini patches that may need to be updated a dozen times before the final update, so I will not be working on this until then. PLEASE DO NOT PM ME OR POST IN THIS THREAD ASKING WHERE LINKS ARE, WHEN A NEW VERSION IS COMING, OR IF IT IS STILL BEING WORKED ON.

It is CRUCIAL that you delete the old versions of this mod to avoid problems with the approaching server update. Please delete your patches as indicated above, then reacquire the newest versions below (links will be updated when new compatibility patch is out).

Thank you for your continued support for this project! 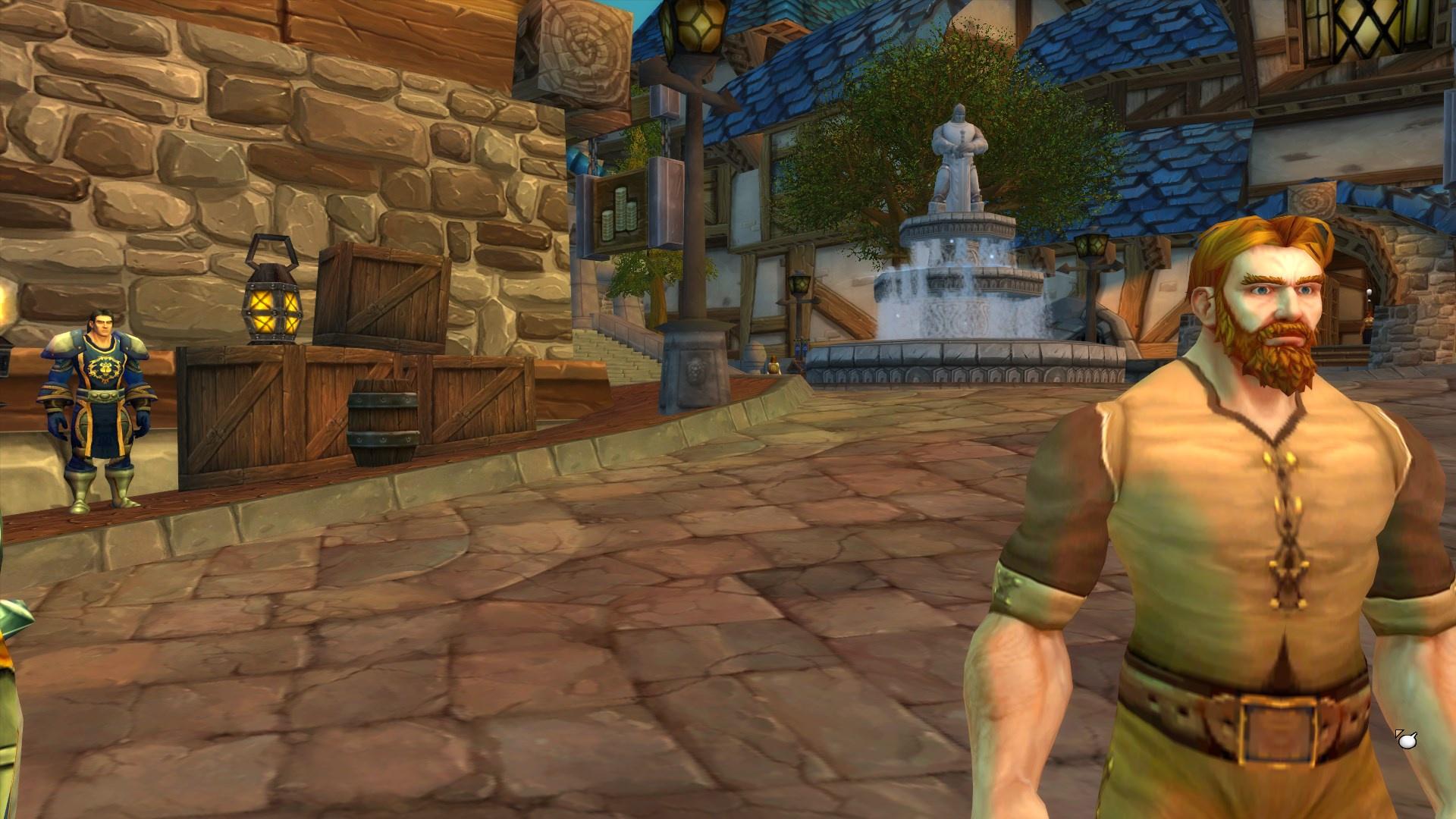 I am not a graphics person, nor a WoW mod creator. What I am, however, is a savvy user who can tinker with things to get them to deliver desirable results. What you see right now is a mostly working version of a Turtle WoW compatible conversion of the HD mod for Vanilla WoW servers, that I have painstakingly pored over to get into a state free of crashes and (mostly) free of graphical issues with player models. There are still a few fringe cases that makes this not quite perfect, such as the turtle mounts having a strange texture on them, and the rare face texture mismatch on players that seems related to helmets. 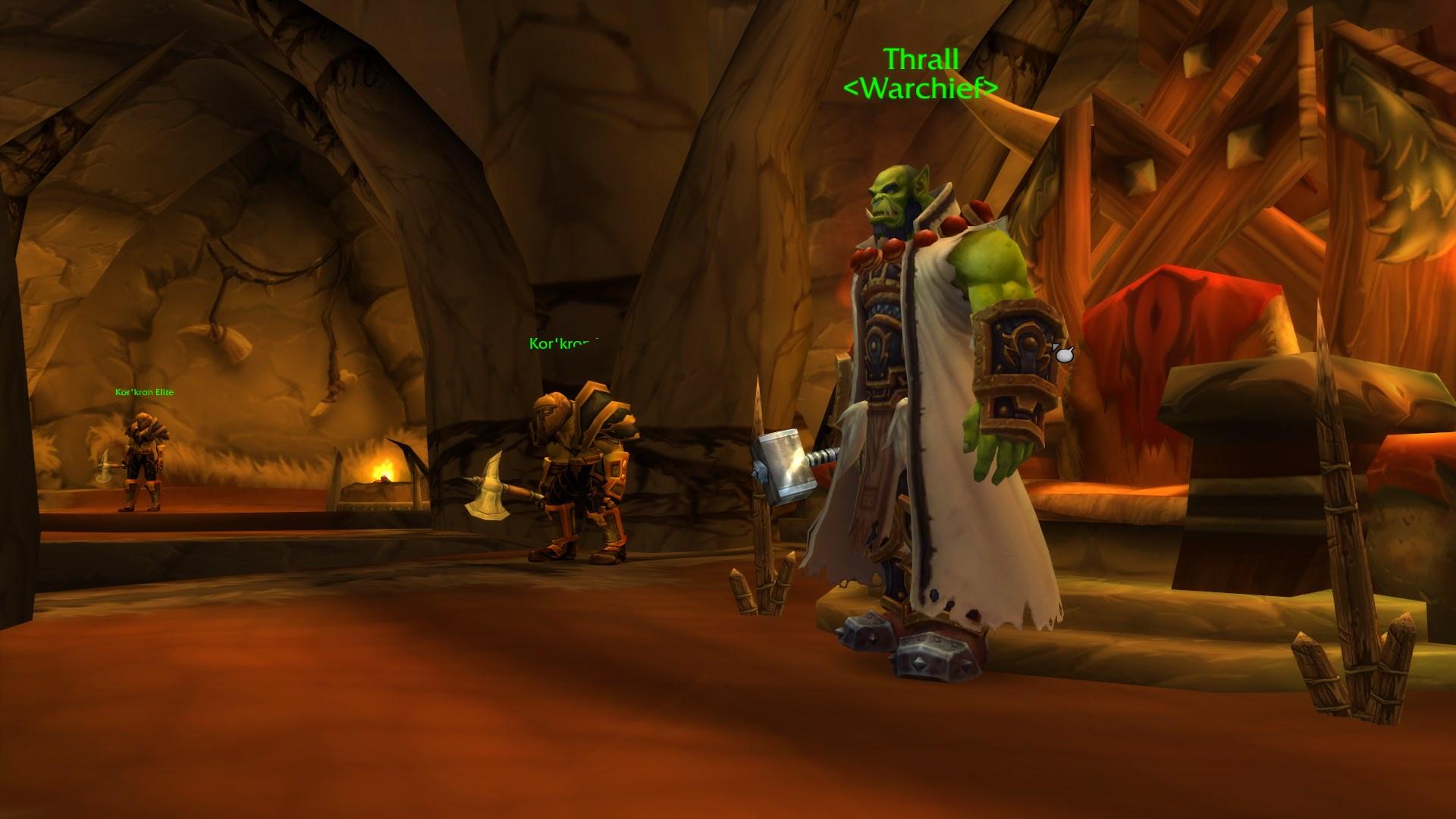 Currently, this patch successfully replaces all playable races with their Legion HD models, except for Goblins. As a side effect of the skin texture for High Elves being replaced, I was not able to prevent their blue eyes from turning green. I will leave that task in the hands of a fellow tinkerer. This patch replaces several spell effects and sounds with future variations which are more impactful or otherwise improved. This patch replaces all world textures with higher resolution, redrawn textures that use vanilla as a base and aims to update without desecrating the old aesthetic. This patch adds Cataclysm music for zones to the existing Vanilla playlist for more ambience.

What I would appreciate is any other tinkerers willing to fool with DBC files as I have and burnt myself out on, to achieve the last few items on the wishlist on this project. Below, I will offer the wishlist items, steps I have taken to make them possible, and tasks needed to achieve them.
Tools Used: DBCutil, Ladik's MPQ Editor v4.0.0.872

In order to make and test changes, you will need to use the MPQ Editor to open patch-W.MPQ (the mod) or patch-V.MPQ (the latest Turtle patch in load order) and find the file under DBClientFiles which handles the particular files you wish to work with. Extract it, then drag and drop the DBC onto DBCutil to spit out a CSV file which can be perused with Microsoft Excel or other spreadsheet viewing application. Make the necessary changes, drag and drop the CSV back onto DBCutil and it will spit out a new DBC file, which can then be put in a new test patch at the end of load order, like patch-Y.MPQ or patch-Z.MPQ. Use MPQ Editor to make a new World of Warcraft MPQ, and use that as your testing patch.

To install, simply navigate to your Turtle WoW install folder, open the /Data/ folder, and drop these MPQs in. Simple as that!
Last edited by Redmagejoe on Sat Oct 01, 2022 11:09 pm, edited 35 times in total.
Top

Update: It seems that at least some of the voice lines I inserted were already in a sound dbc somewhere, as simply adding them to the pack has caused male high elf to make male blood elf grunts when taking fall damage unlike before. Occasionally there are combat grunts as well, but the DBC likely needs to be properly modified.
Top

I tried this out and have two immediate things to report:

Mechanical auctioneer summons are now giant green penguins.
Players with pvp war mounts are being carried around by glowing green gnomes instead of their mounts when mounted. The gnomes have the players "equipped" in their main hand. It's actually really hilarious.
Top

I think this would benefit from some input from the main MPQ-modifying dev explaining what dbc files affect what. The major issue is with the custom content and my unfamiliarity with it.
Top

So I found one of the issues with the mounts looking at CreatureModelData.dbc. The end of the OG Legion patch has NPC ID 2500 on, which is the faction leaders with their custom models. Those same IDs are used by the special mounts for Turtle. I don't know enough about the under the hood to know if I can afford to just append these, as I'd need to figure out the NPC IDs for Jaina, Thrall, Sylvanas, etc on Turtle WoW. Maybe a Dev could help? 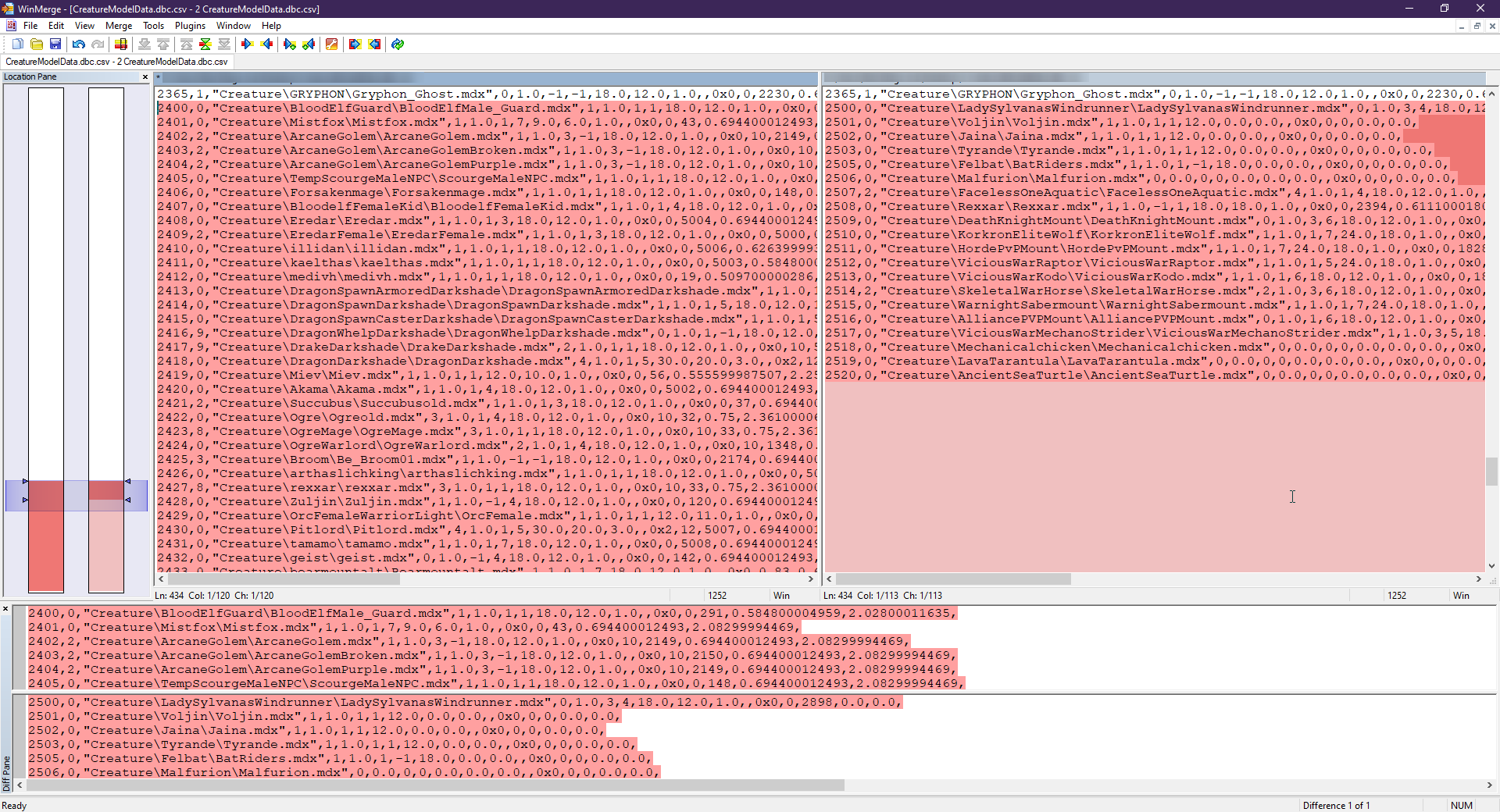 I believe I fixed the mount problem, but it did involve overwriting things which I cannot confirmed are used somewhere on Turtle WoW, like the Northrend Penguin or the Clockwork Gnomes. I will upload the new version momentarily.

EDIT: New patch-W.mpq is up, that fixes all mounts (except for weird texture on turtles)

Other known issues: Some new NPCs, like High Elf Refugees, have models but no textures, so look like black silhouettes.
Last edited by Redmagejoe on Mon Mar 21, 2022 11:40 pm, edited 1 time in total.
Top

Thanks for doin this I love these models. Is there any way to make the custom character appearance options show up? Like Tauren horns or hair colors? I can model and edit texture files in photoshop/maya if they need to be changed. I just dont know how to do any of that other stuff.
Top

Crestian wrote: ↑
Mon Mar 21, 2022 11:30 pm
Thanks for doin this I love these models. Is there any way to make the custom character appearance options show up? Like Tauren horns or hair colors? I can model and edit texture files in photoshop/maya if they need to be changed. I just dont know how to do any of that other stuff.

The DBC files are tricky for me to manipulate as well, since I'm not familiar with modifying references to files in an MPQ. However, there's currently no analogue for the "custom" skins, and cause minor graphics issues with this patch. If you would like to take the existing patch and make a Legion-ified version of Turtle's custom skins, that would be helpful.
Top

I would need the files. I have no idea how to do that though hehe. It wouldnt be difficult to make though if some one were to locate them .
Top

Crestian wrote: ↑
Tue Mar 22, 2022 1:16 am
I would need the files. I have no idea how to do that though hehe. It wouldnt be difficult to make though if some one were to locate them .

Grab the MPQ editor I linked in the OP, and then grab patch-W.MPQ and drag and drop it into the EXE if you'd like to root around in the replacement assets this patch uses. If you'd like to grab the vanilla files used by Turtle WoW, navigate to the Data folder of your Turtle WoW install, open patch-T.MPQ, patch-U.MPQ, or patch-V.MPQ to find the necessary files under Character within the MPQs. The way it works is load order is numerical then alphabetical, so V is loaded last. If the same file exists within V that is in U or T, ignore the older ones and use that as a base.

The files you are looking for will be in .blp format. There should be tools online that allow you to open these and work on them. Look at the same assets within patch-W.MPQ for a reference of how the skins should wrap. In this way, you may even be able to give the High Elves their blue eyes back by modifying the existing green-eyed blood elf skins.
Top 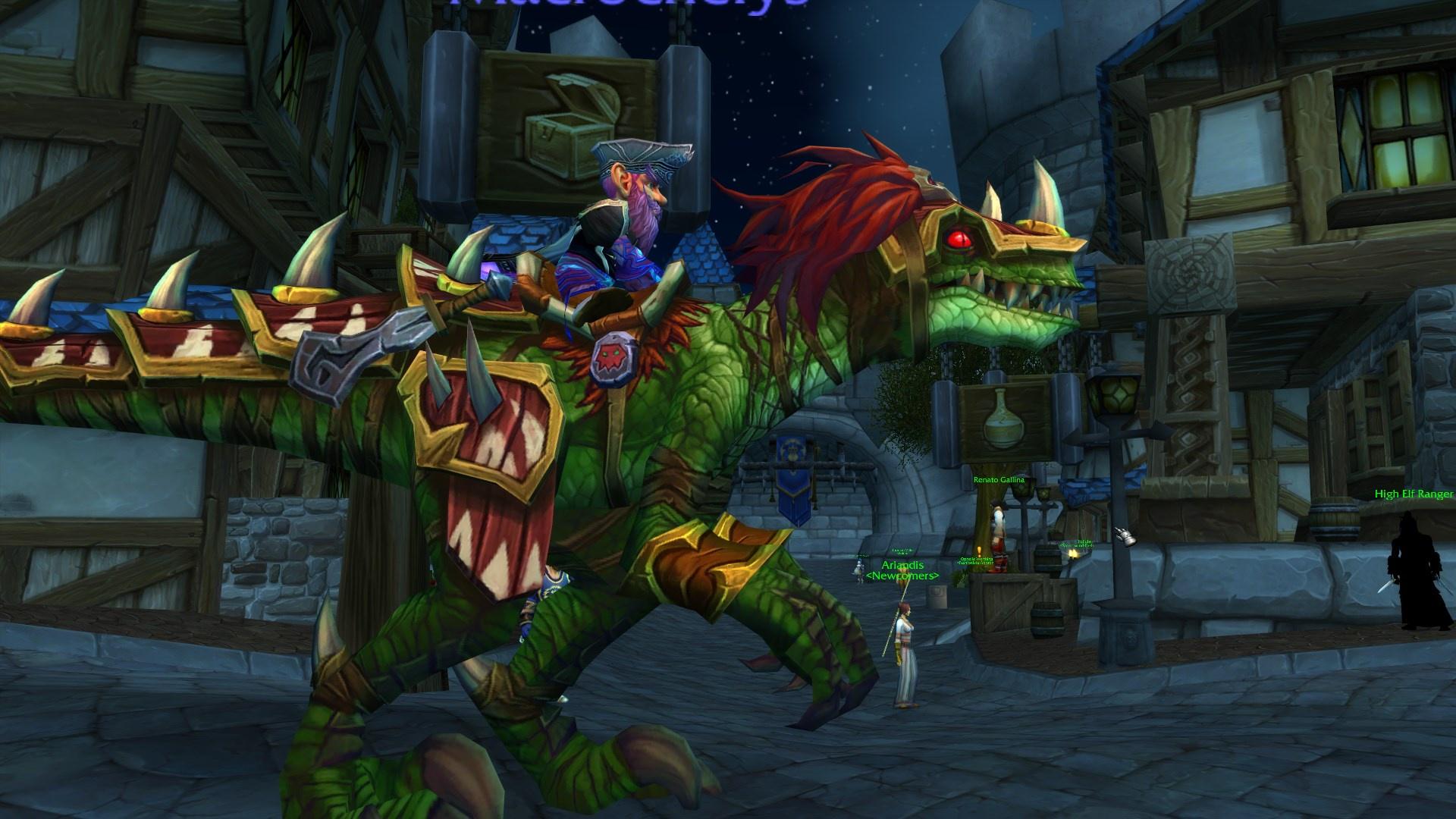 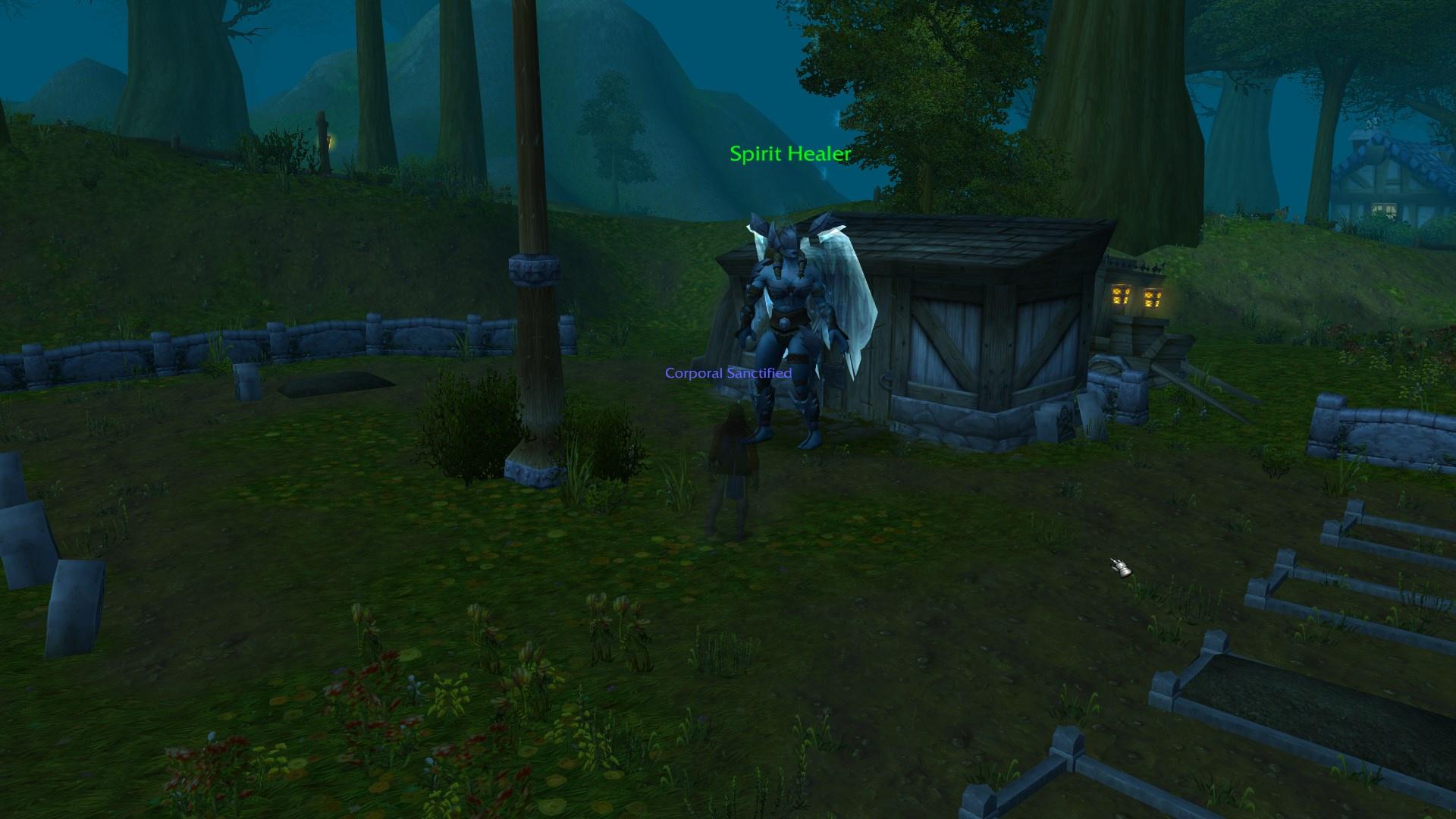 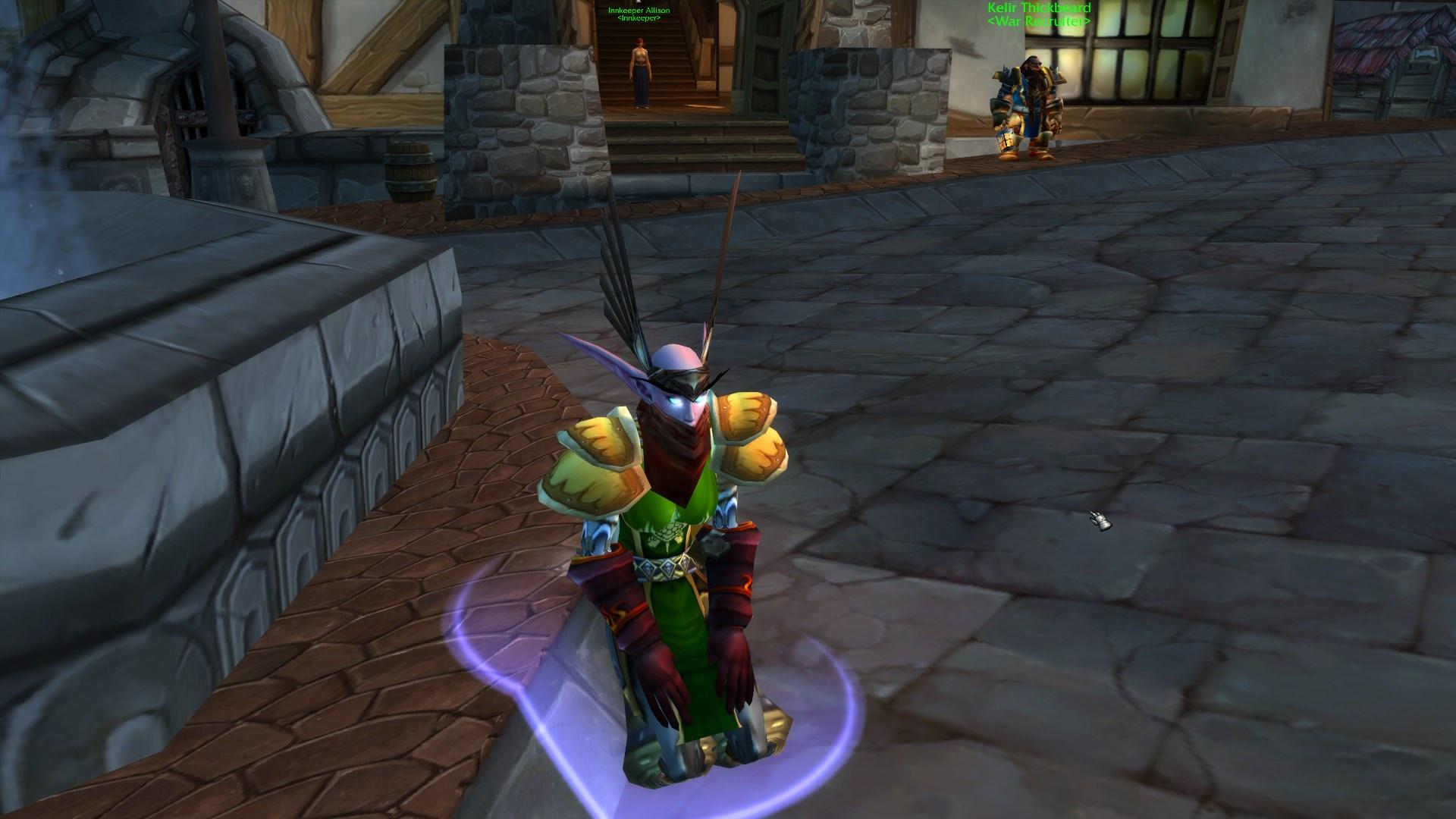 Incredible work your doing, thank you for this
Top

I am now working on getting Blood Elf and Goblin voices fully working. Assuming it can be made to work properly, I'll upload it as a separate patch and see if we can't get it pushed to the Turtle WoW team so as to incorporate it directly into their existing patches.

UPDATE: Goblin Voices are almost completely working, though there's a few lines I can't get working even with modifications to the SoundEntries.dbc. I replaced what existed in one field for which there was no line, while also creating about 16 more rows for lines that didn't have entries. The lines don't seem to play, so I'm guessing there must be another file that sets aside the action -> voice IDs for use, and they're not properly registered to what I want to use them for.
Top

Updated first post with the voice patch. Bear in mind it is also a WIP.
Top

WOW
This is awesome, can't wait to try it out.
Top

This looks amazing! i really want to try it but im a dork figuring out everything, any chance to make a tutorial video or something? Thanks for your work!
Top

I am discontinuing the Goblin and High Elf voice patch, and leaving its current progress up. It's a satisfactory enough stop-gap in the interim of staff working on voices for the upcoming patch. I will resume my efforts on the graphics mods from here on out.
Top

UPDATE: Vantablack High Elf NPCs have been fixed. They still use OG models and textures, but it's the best solution until someone wants to try to get them using the proper assets (which would require knowledge of internal unique IDs I don't currently have)
Top

Thank you so much! Is there a way I can help?

I am not that good with this process, but I feel like I can test things out if you guys need me to.

By the way, what are the odds of adding model edits to the models themselves based on the legion models?

Please reach out if I can help someway

Btw: I have the Scarlet Inquisitor Skin and it is bugged
Top

hi, how does the environment retexture compare to the other one posted on this forum?