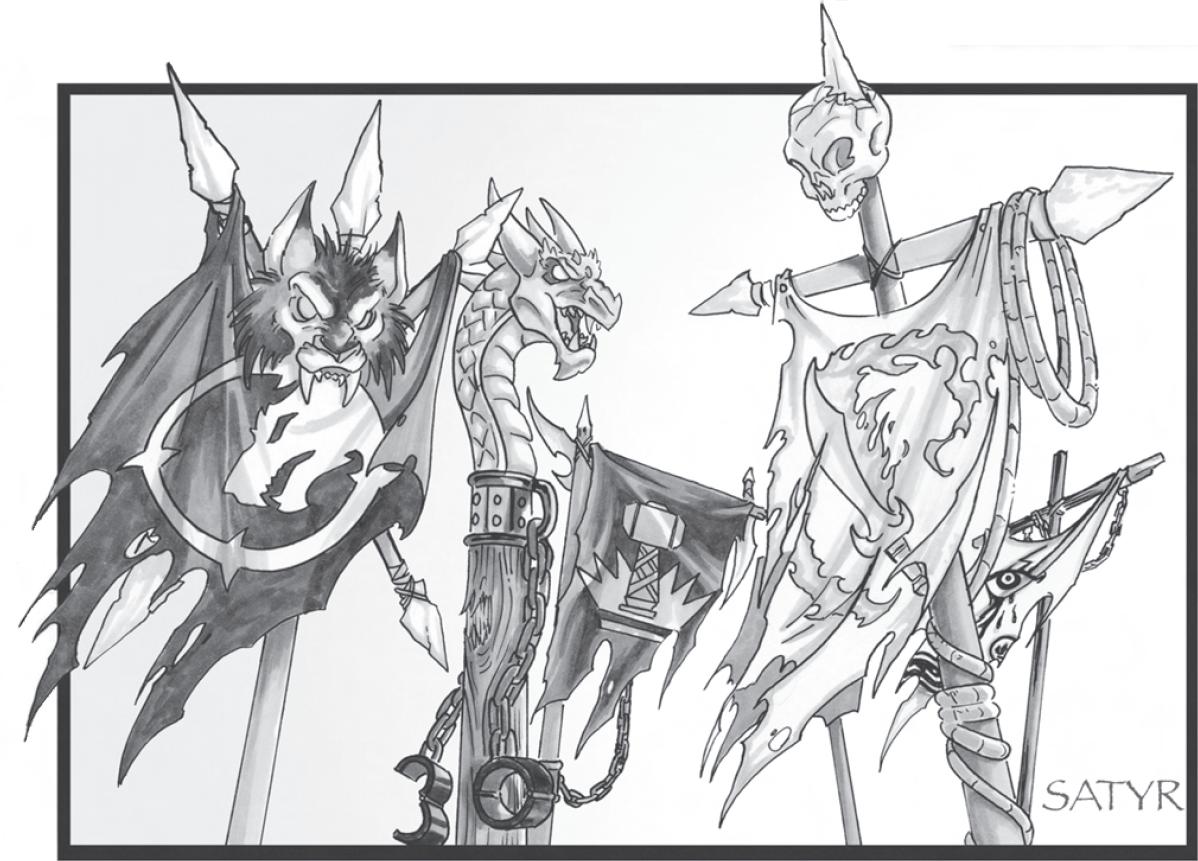 Up until recently, orcish society was largely defined by the clan system. The vast majority of orcs lived within clans, except for those who were either slaves or outcasts. Clans defined the culture and lifestyle of orcs, and act as an iconic and integral part to an orc's character. With the establishment of Thrall's new Horde, clans no longer influence orcs' lives as much as they once did. Outside of Thrall's shamanistic Horde, the clan system survives in the renegade Blackrock, Black Tooth Grin, and Dragonmaw clans. The vast majority of other clans either no longer exist, or do not act as a traditional, insular society as they once had on the Red Planet and in Doomhammer's Horde. In Thrall's Horde, most prominent are the Frostwolves and Warsong, albeit a shadow of their former selves, and are much more plural to reflect the diversity of their troll and tauren allies.

Blackrock clan - An industrial clan that was, and is still one of the largest orc clans.

Bleeding Hollow clan - A large, and resilient clan that fought in almost every incarnation of the Horde.

Bonechewer clan - A clan that decorated its warriors with the bones of their enemies. Supposedly all known members have been forcibly turned into fel orcs.

Burning Blade clan - A wild clan. Some of its warriors were recruited into the Horde, forming the Blademasters.

Dragonmaw clan - A clan known for taming Dragons. Some rejoined the Horde in the Twilight Highlands. Later, some of the clan loyal to Garrosh joined the Iron Horde.

Mok'Nathal clan - A clan made up of mostly half-ogres, but also includes orcs.

Shadowmoon clan - One of the largest clans, and known for heavy spiritualism. Survivors remain in Shadowmoon Village.

Shattered Hand clan - A rogue-ish clan were grunts cut off their hand, and replaced it with a weapon.

Stormreaver clan - A small clan created by Gul'dan to help in his pursuit of power.

Thunderlord clan - A clan known for wolfriders. Supposedly all known members have been forcibly turned into fel orcs.

Lightning's Blade clan - Known for its harsh initiation rights, and ties to the Thunderlord clan.

Twilight's Hammer clan - An ogre led clan that believes in the apocalypse. Later recruited members from all races.

Warsong clan - A clan of warriors known for its battlecries.

Searing Blade clan - An offshoot of the Burning Blade.

Warlock clan - A clan of warlocks, connected to the Shadow Council.

Kil'sorrow clan - A sect of the Shadow Council.

Whiteclaw clan - A clan that opposed fighting the draenei.

Identifying with one of these clans is no longer necessary, as orcs in Thrall's Horde join forces with their newfound allies to form new clans of their own, as mentioned by Urtrun Clanbringer. However, these clans lack the history and culture that once largely defined the clan system. Although orcish identity has largely transformed and has moved towards a new direction, the clan is still a defining part of an orc's history and pride.
Chieftain of the Dreadskull Clan
viewtopic.php?f=23&t=552

Well put. Every clan is accounted for. Nicely done!
Support the Turtle