The Day of the Dragon

The Day of the Dragon 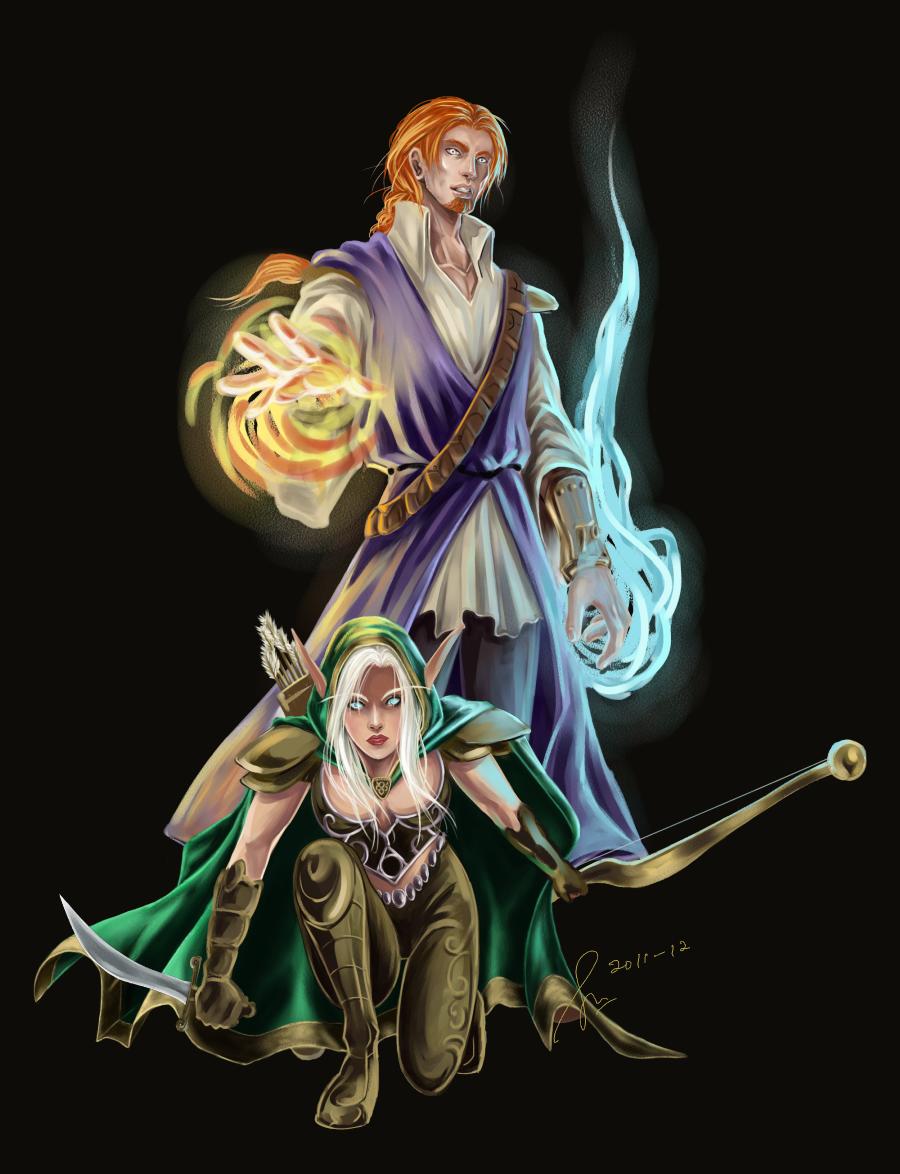 "To free the Dragon Queen…

An impossible task to some, certain death to most. Dragonmaw clan would forever retain its hold on Khaz Modan unless Alexstrasza was freed, and so long as the orcs continued the work of the Horde, they remained a possible rallying point for those in the guarded enclaves.

A brief rumble of thunder disturbed Rhonin's contemplations. He looked up but saw only a few cottony clouds.

A second, more menacing rumble set every muscle taut as a massive shadow covered their surroundings.

An ear-shattering roar shook the vicinity and a force akin to a tornado ripped at the landscape. Rhonin twisted around so as to see the heavens--and saw instead a hellish sight.

A dragon the color of raging fire filled the sky above and in its forepaws it held what remained of his horse and his costly and carefully chosen supplies. The crimson leviathan consumed in one gulp the rest of the carcass, eyes already fixed on the tiny, pathetic figures below.

And seated atop the shoulders of the beast, a grotesque, greenish figure with tusks and a battle axe barked orders in some harsh tongue and pointed directly at Rhonin.

Maw gaping and talons bared, the dragon dove toward him."


The Day of the Dragon

by Richard A. Knaak

The novel opens at the waning days of the Second War, with Orgrim Doomhammer having already been captured, and most of the Orcish Horde having already surrendered. A few clans of orcs remain scattered about Azeroth, including the Dragonmaw Orcs, who, holed up in Khaz Modan, maintain control over the Red Dragonflight. Nekros Skullcrusher still holds the Demon Soul, and wields it against the captive Alexstrasza forcing her to mate with her consorts to produce more dragons, although her ability to do so is deteriorating, along with her health and the health of her consorts. 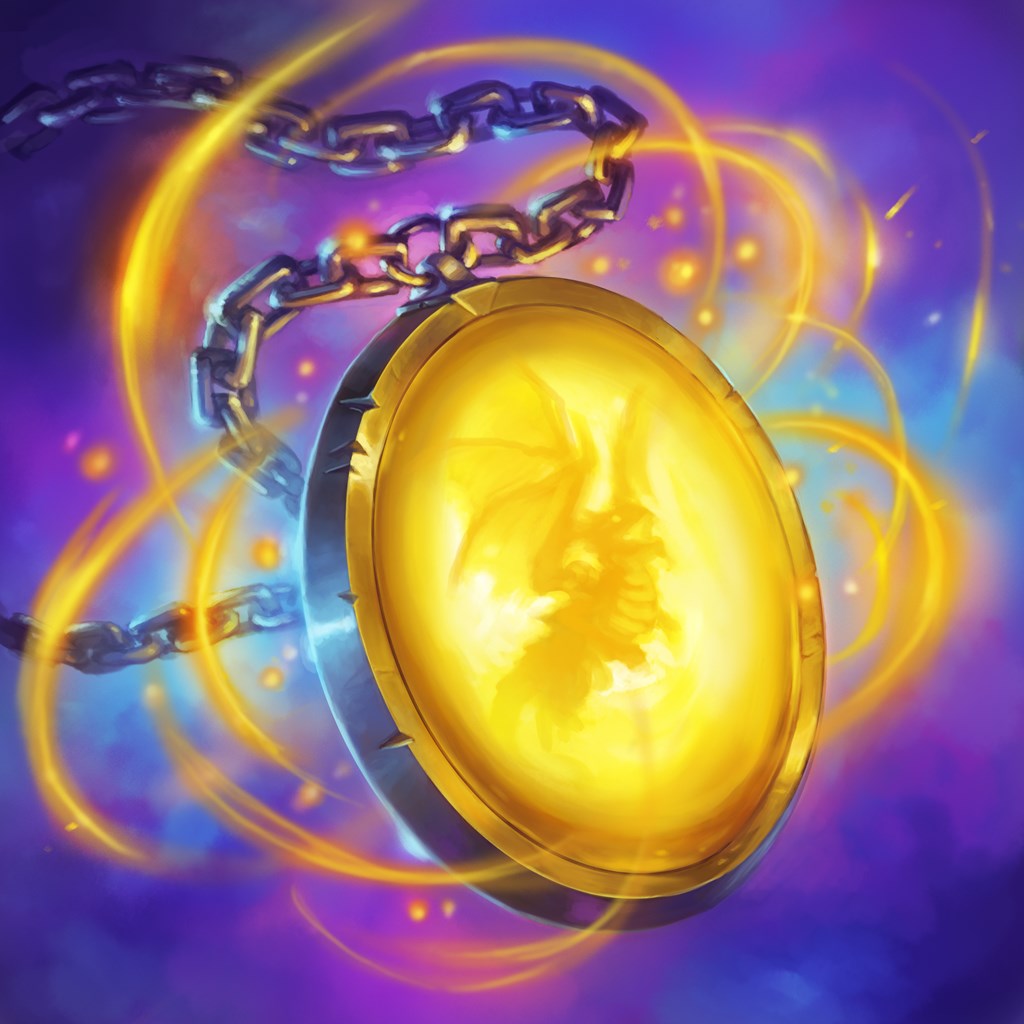 Though it appeared to be a featureless golden disk, it was in fact a talisman of immense power that could be used to destroy or enslave other dragons. At some point shortly before the War of the Ancients, Neltharion used the skills of his goblin artificer-servants to create an artifact of incredible power. It was fastened to the a chain forged of elementium. The golden, perfect disk was infused with the power of his Old God masters, and with both the essence of dragons and demons. Neltharion sought to use it to control the other dragonflights, and make himself a god to be worshiped by the mortal races. 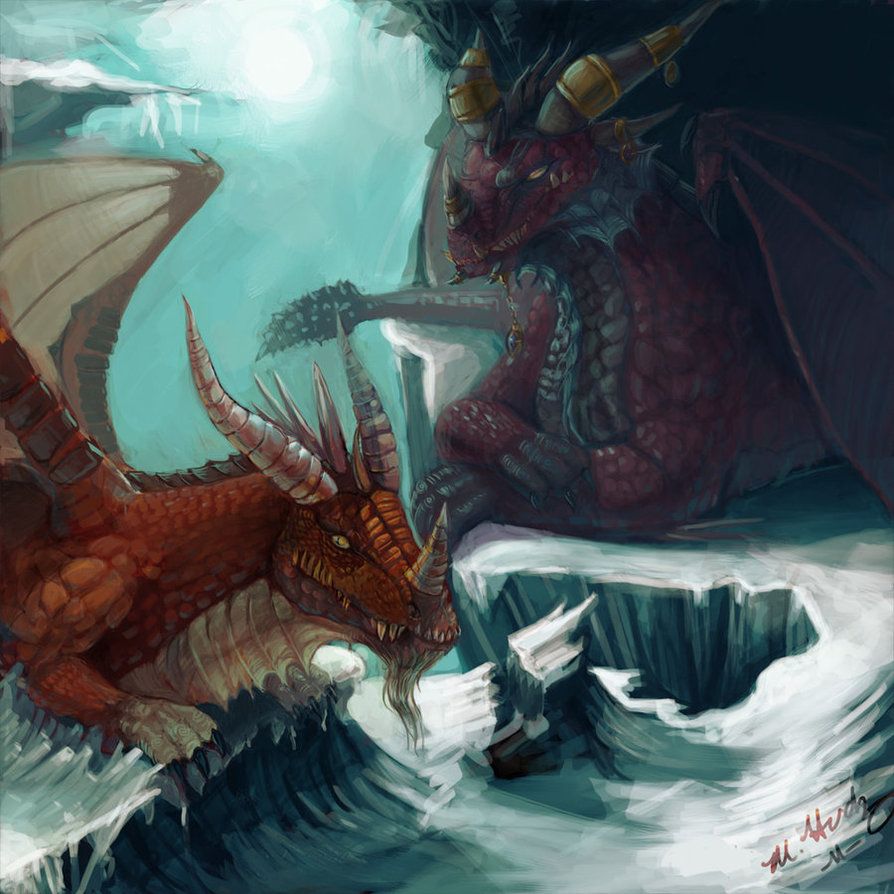 The dragon mage Krasus, desperate to save his queen Alexstrasza, secretly enlists the help of Rhonin (then holding an ignominious reputation) in order to send him on a secret mission to Grim Batol to free her, while also soliciting the aid of the other Dragon Aspects. In doing so, Vereesa Windrunner is assigned to the task of seeing Rhonin to the seaport Hasic on his way to Khaz Modan, ostensibly so that he may undertake a mission of observation at Grim Batol. Vereesa suspects otherwise. 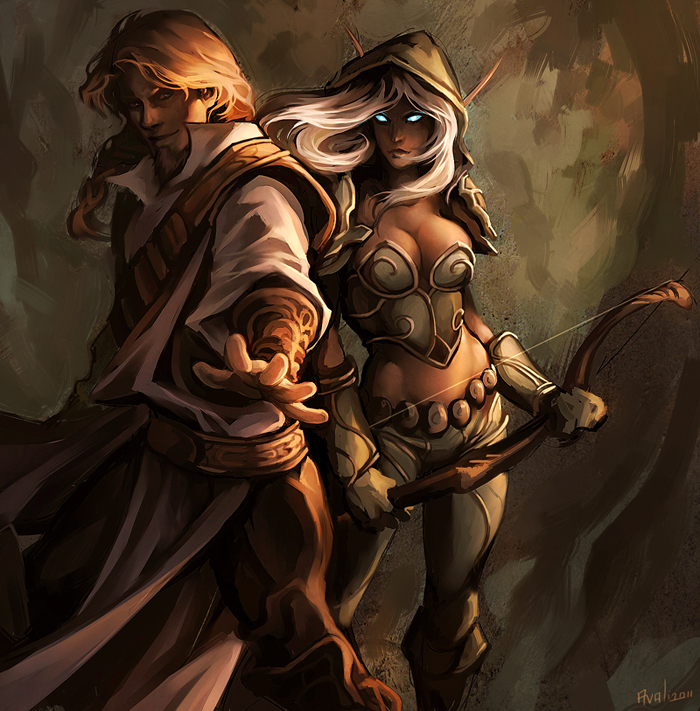 Meanwhile, Deathwing, posing as the noble Lord Prestor, works his way into the diplomatic negotiations involving Alterac, and uses his spellwork to influence King Terenas into declaring that he will succeed the deposed King Perenolde of Alterac. From this vantage point, Deathwing would use his new position of power to tear down the diplomatic foundations of the Alliance. 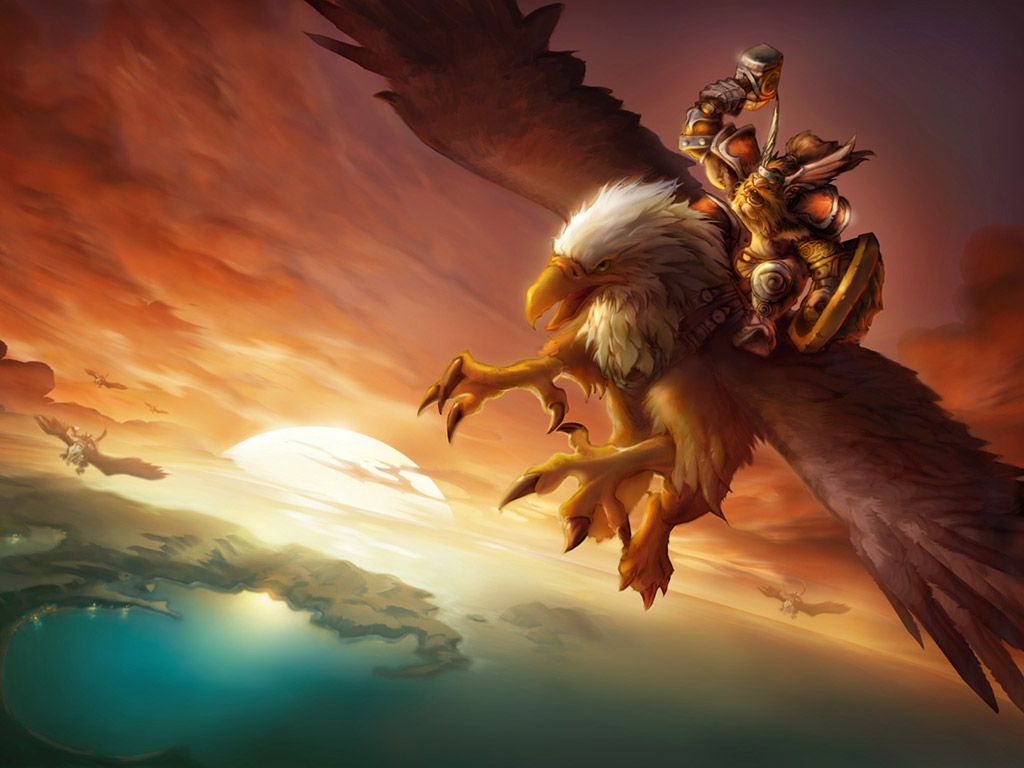 Early on in their journey, Vereesa and Rhonin are attacked by a Dragonmaw orc patrol, and are rescued by a band of Wildhammer clan gryphon riders, led by Falstad Wildhammer. Vereesa initially thought the mage a burden, but quickly begins to change her mind when she sees his spell casting skill in defending them from the dragons. After the ensuing battle, Rhonin and Vereesa are picked up by a few Knights of the Silver Hand, Duncan Senturus their leader, and are taken to the unnamed keep nearby where the Knights maintain watch. They are distrustful of Rhonin, as most are wary of wizards, but welcoming to Vereesa. During their stay, a mysterious explosion rocks the keep when Rhonin attempts to cast a spell, killing a few of the paladin guards, and resulting in the mysterious disappearance of Rhonin. Rhonin was saved by what we later find out was presumably Deathwing, or another dragon, since he claimed to have been picked up by a great set of claws or hands just at the moment a tower was to collapse on him. The paladins believe Rhonin caused the explosion, and they ride out to find him, only to find him right under their noses a short ways off. After questioning him, they decide that he did not cause the explosion, and escort him and Vereesa to Hasic. When they arrive they find that Hasic has been ravaged by dragon riders, and that the Wildhammer dwarves had driven them off. Vereesa, deciding that her oath to defend Rhonin on his mission extended beyond Hasic, decides to accompany him further. Partially out of necessity, and partially out of Falstad's and Duncan's enamorment with Vereesa's elven beauty, the paladin and the dwarf agree to escort Rhonin and Vereesa by flight to Khaz Modan. Along the way, they are attacked by a pair of Dragonmaw dragon-riders. Duncan, in an act of brazen heroism, leaps from a gryphon onto a dragon mid air and kills it, sacrificing himself at the hands of the dragon's rider. During this time, Rhonin and his escort Molok, are knocked out of the sky, and fall to the earth. The other dragon is killed when, out of nowhere, Deathwing arrives and slays it, seemingly in defense of Vereesa and Falstad. In reality Deathwing used the oppurtinty in order to capture Rhonin in order to use him as a pawn to acquire the dragon eggs held by the Dragonmaw. 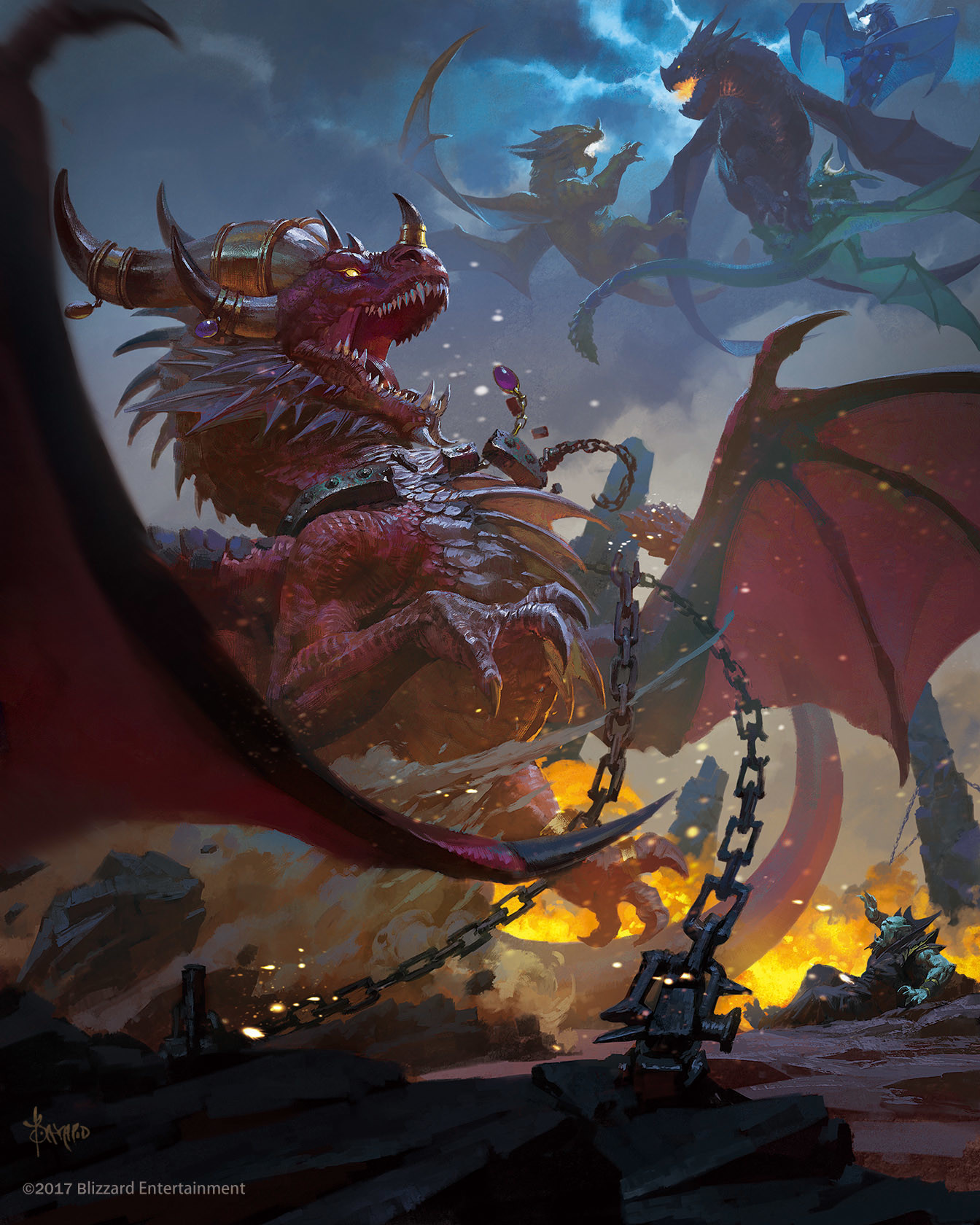 Deathwing's plans and the quest to find and rescue Rhonin carried out by Vereesa and Falstad and Krasus's plea to the aspects for help would ultimately connect as the other aspects would attack Deathwing as the Alliance engaged the Dragonmaw in battle. With the aspects losing (even with Alexstrasza feed), Rhonin would turn the tide by destroying the demon soul using Deathwing's own black scale. With their powers freed Deathwing would be forced to retreat under their onslaught (which also caused his plans for the Alliance to crumble without him in place), and the Dragonmaw would be defeated. 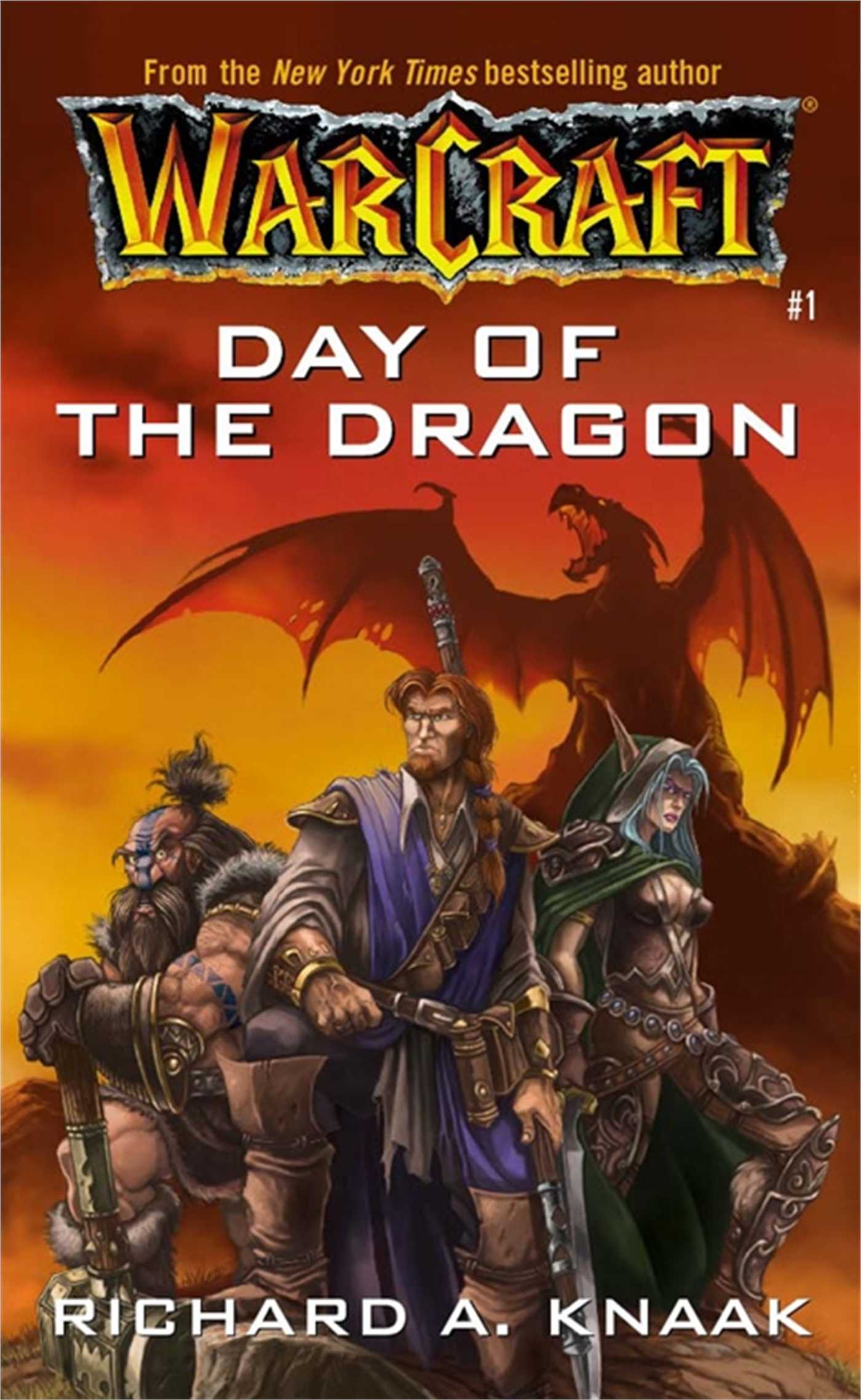 Re: The Day of the Dragon

Love this part. Even though it's so vaguely described in Lore and some background quests in Warcraft series still one of the crucial moments for the Horde and Alliance since involves the dragons and gryphons as a major role for the outcome of the Second War.