After Illidan's banishment, Medivh called Malfurion and Tyrande to a secret grove where he had Thrall and Jaina meet them. Medivh revealed that he was the one who helped Burning Legion create the Dark Portal and allowed the Horde to invade Azeroth. After he was slain for his crimes, he had to return to right his wrongs and protect Azeroth from the Legion's return. Medivh asked that the mortal races unite to defeat the Legion, as their combined power was their only hope. 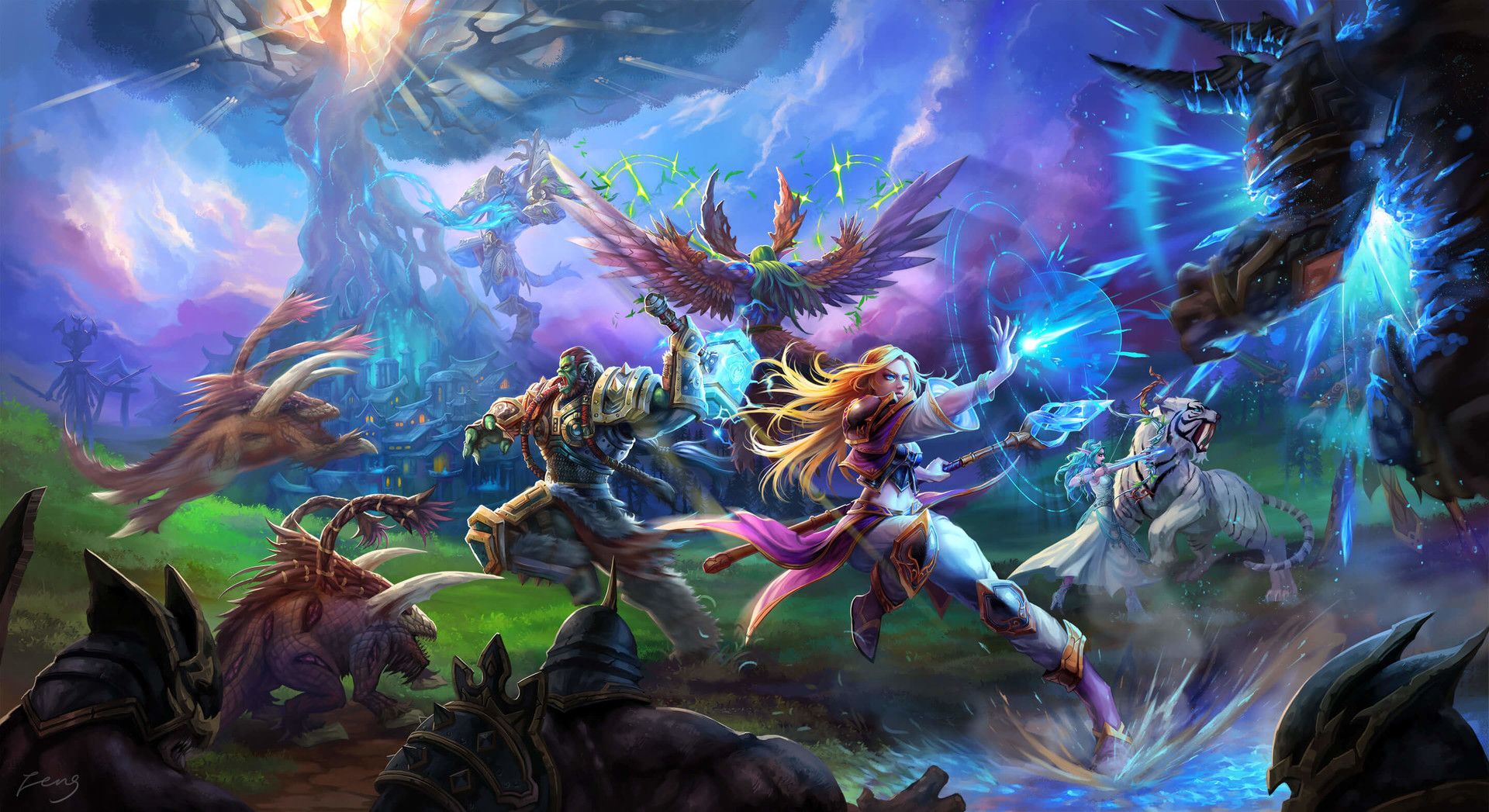 To prepare for the demons' attack, three camps were built around Mount Hyjal. Malfurion devised a plan to use the power of the World Tree itself to destroy Archimonde. As he went back up the summit to make the necessary preparations for Archimonde, Jaina and Thrall used whatever night elves Tyrande could spare to fortify their bases. Archimonde tore his way through ranks of human knights, elven sentinels, and orcish warriors and smashed his way through the human castle and orc fortress. Jaina was able to teleport most of the surviving troops. Before Thrall escaped death, he managed to hurt Archimonde with a bolt of his shamanistic lightning, an incredible feat in itself. With the two bases destroyed, Archimonde stormed through the night elf gate protecting the summit. 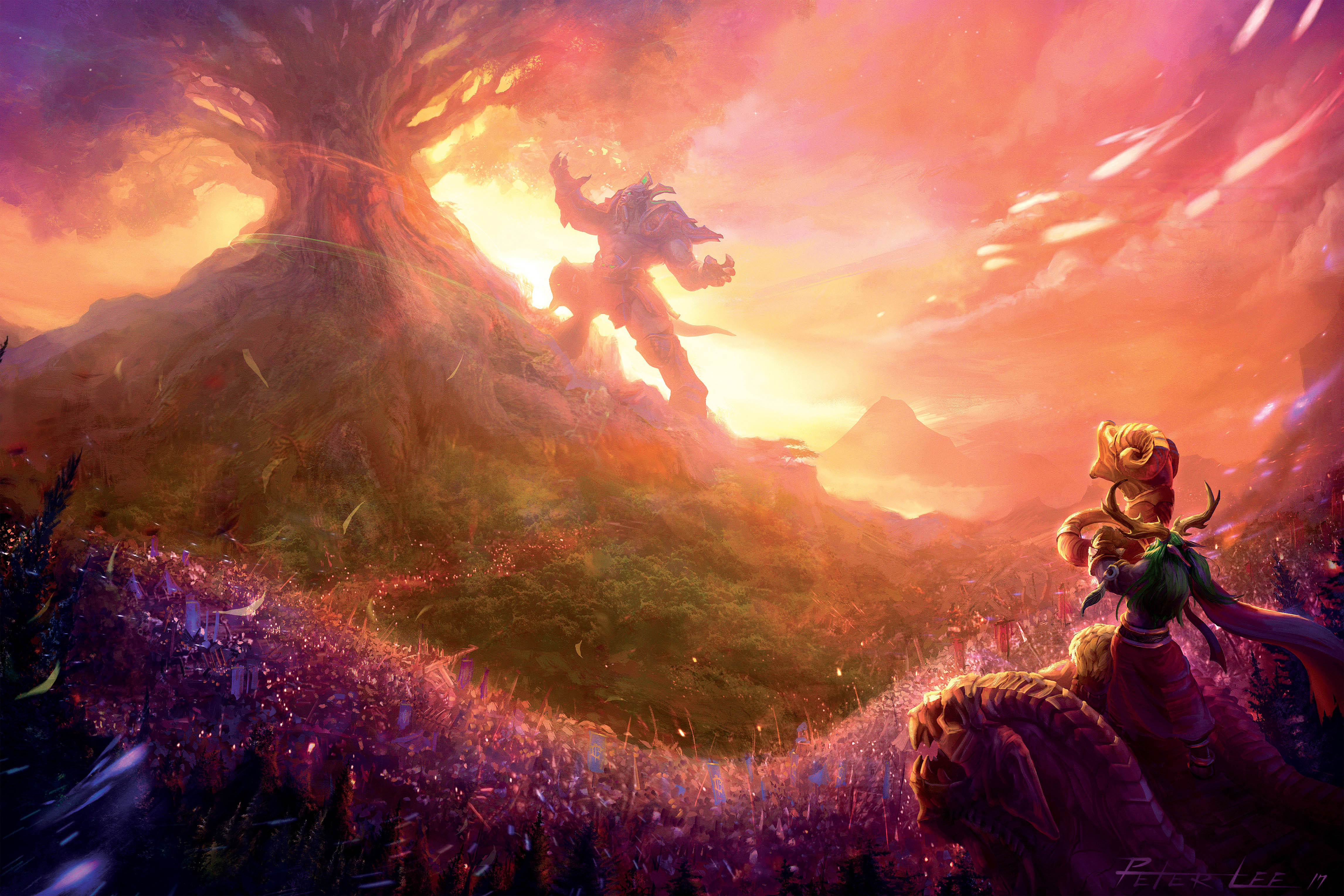 With Archimonde at the World Tree, Malfurion used the Horn to call on the ancient spirits in the area to attack the demon. In an instant, they detonated into a massive explosion that destroyed the Defiler, much of his demon army with him, and the World Tree. The price for this defeat was the night elves' immortality, but the Third War was over. 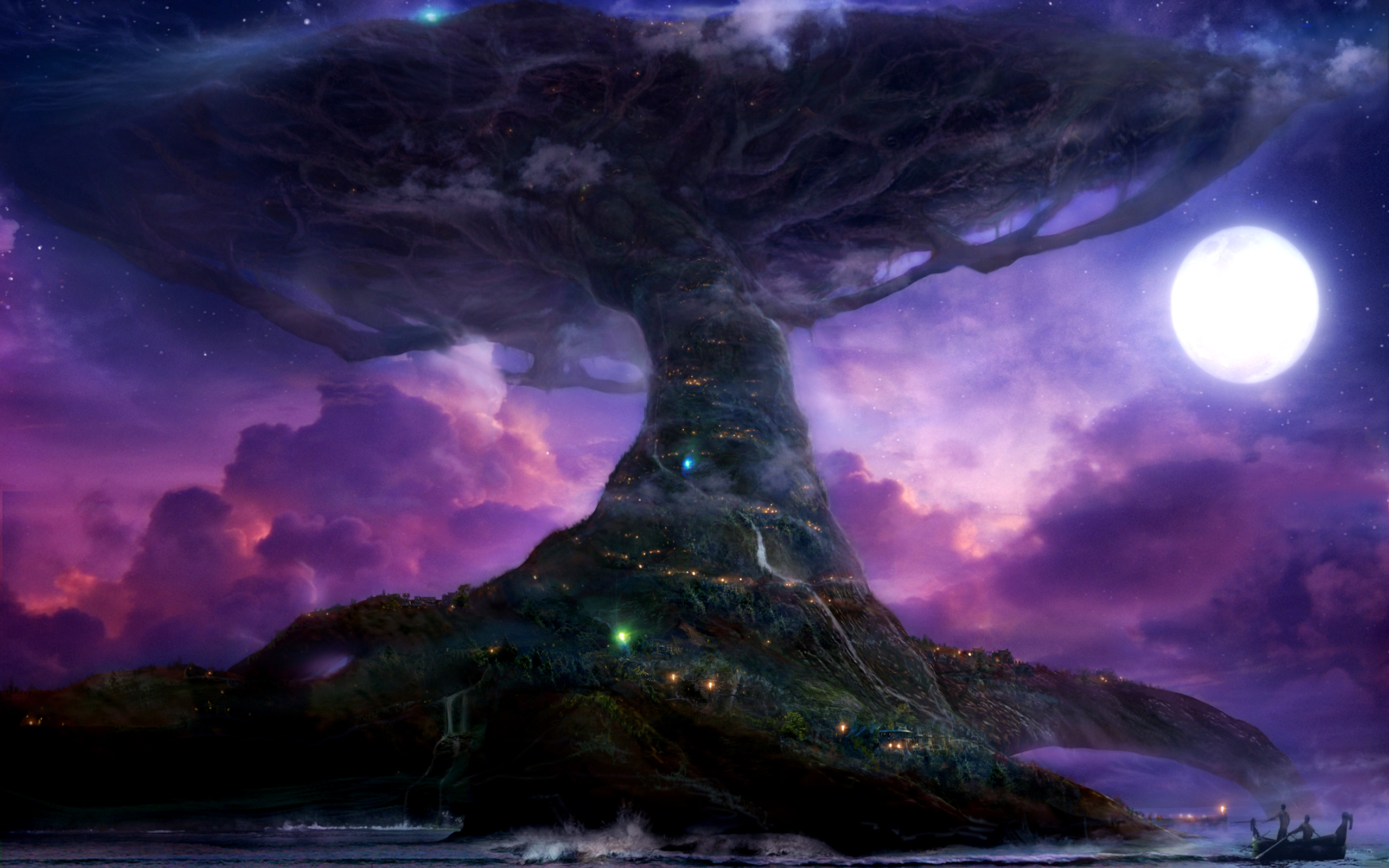 The Third War left Lordaeron destroyed, the Night Elves mortal, and the High Elves nearly extinct. No large group of humans would ever regain control of Lordaeron, though the Argent Dawn and Scarlet Crusade have been fighting the Scourge in order to retake their land. Prince Kael'thas Sunstrider of the High Elves returned to his ruined city and renamed his people the Blood Elves in memory of their fallen comrades. The Blood Elves would eventually retake much of Quel'Thalas, and in time would even reactivate the power of the Sunwell. After the war, Sylvanas would break free of the Lich King's control, and form the Forsaken. One human commander, Garithos, has gathered the remnants of the Alliance still remaining in Lordaeron and retaken Dalaran and the Alterac mountains for the Alliance. After that, Garithos formed an uneasy truce with Sylvanas Windrunner and together they assaulted the capital city of Lordaeron, which was under the control of the Dreadlord Balnazzar. After intense fighting and careful planning, the Alliance and the Forsaken managed to defeat his forces and regain control of the city. After the battle, Sylvanas ordered her second-in-command Varimathras to execute his brother Balnazzar and then to kill Garithos, which forced the Alliance forces to retreat. The Forsaken then took over the city of Lordaeron, making their home in its sewers and calling it the Undercity.

The political scene of the current Azeroth was greatly influenced by the Third War. Under Warchief Thrall, the orcs, tauren, and Darkspear trolls were brought together on Kalimdor to become the new Horde, which the Forsaken and the blood elves would later join. A peace agreement was made between the Horde and Alliance after the war, and Thrall has made it his job to ensure that nothing happens to break this already stressed pact. However, after the Wrathgate incident, Varian Wrynn declared war upon the Horde, to Thrall's lament.

Without Lordaeron, the rebuilt city of Stormwind would become the base of the Alliance, with the Ironforge dwarves becoming their closest geographical allies. The gnomes of Gnomeregan had been unable to help in the Third War as they were dealing with their own issues closer to home — namely a trogg invasion of their city. Because an invasion of troggs paled in comparison to the might of the Scourge, the gnomes decided they would fight their war alone. In the end they were forced to flee Gnomeregan and, with their king Gelbin Mekkatorque, settled in Ironforge with the dwarves. The night elves, dealing with the loss of their immortality, and having been exposed to the world outside their forests once more, decided they would have to make alliances with the wider world. Because of the animosity with the orcs for killing Cenarius, the night elves in the end joined the Alliance. As the new leader of the Alliance, the King of Stormwind, Varian Wrynn, sent troops from Stormwind to repel the Scourge invasion, retaking Southshore and Hillsbrad for the Alliance, repelling the Scourge on the Alterac Mountains, constructing a final border point (Chillwind Camp) for the Alliance before the entrance of the Plaguelands, and seizing the Forsaken takeover of Lordaeron. The human refugees of Lordaeron were given shelter in Stormwind, making it their new home. A few months later, King Varian was kidnapped by the Defias Brotherhood after trying to make a peace agreement with the Horde making him absent for 3 years. In his absence, his 10-year-old son Anduin was crowned as king.

The losses were not in vain, however, as the Burning Legion was heavily damaged. Many senior commanders were killed in the war, including a large number of dreadlords and countless others. As Aegwynn put it in the Cycle of Hatred to Theramore Guard colonel Lorena, they "did more damage to the entirety of demonkind than has been done in thousands of years."

(You can find a different source on the summary of the events here: https://wow.gamepedia.com/Battle_of_Mount_Hyjal) ...if you want to continue!
Top

I remember playing this in Warcraft 3.
I even made a 2 player co-op for this!
Top

What is co-op?
Top

Thanks for sharing this.