Dalaran and the human mages

Dalaran and the human mages 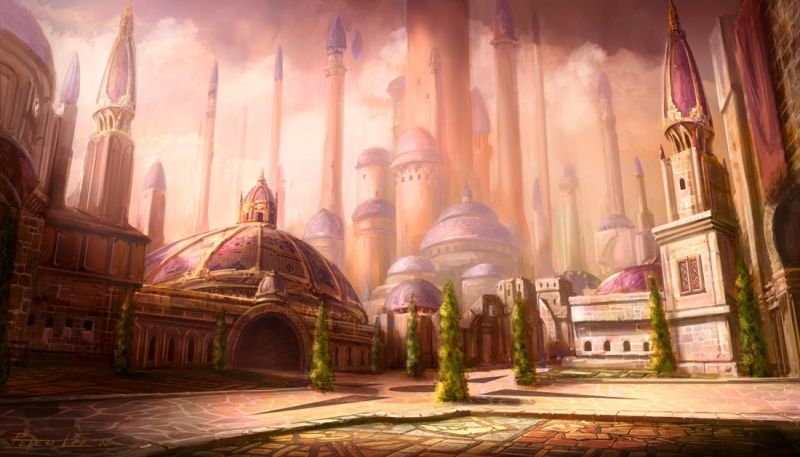 Early night elf civilization was defined by direct manipulation of magic drawn from the Well of Eternity to create and sustain their society. However their constant use of the Well attracted the attention of Sargeras. A being who sought power in order to eradicate all life in the universe. And he arrived at one point which led to the conflict that later was named the War of the Ancients. It was the descendants of their race, a group that was exiled not long after the incident who initiated humans in the ways of magic which eventually led once more to the appearance of Sargeras' burning legion of demons in Azeroth.

While humans have not wielded arcane magic for as long as high elves, they have grown a strong tradition of it. When the quel'dorei trained the first batch of one hundred humans of Arathor in the most rudimentary of arcana out of neccesity in the war against the menacing troll empire, they were surprised to find the young race had great natural affinity. The sheer, raw power they could summon up even surpassed what high elven casters were capable of mustering, but unlike their masters the mortal race lacked in control.

Long ago, most human magicians lived in the city Storm of the Arathi Higlands but eventually many fled leaving their restraining confines behind and traveled to Dalaran, one of several city-states that emerged as the arathorian empire declined. They hoped to use their new powers with greater freedom, wanting a place more suited to extensive use and study of magic. There, these magicians used their skills to build up the enchanted spires of the city and reveled in the pursuit of their studies. More wizards followed, and the city became a haven for magi and a center of arcane study. The citizens of Dalaran tolerated the magicians' endeavors and built up a bustling economy under the protection of their magic-using defenders. With the mages of Dalaran protecting the inhabitants who weren't magic-users with powerful protection spells, Dalaran became a decadent, extravagant paradise.

Yet, as their numbers and influence grew with more and more magi practiced their arts, the fabric of reality around Dalaran began to weaken and tear. The wizards's overuse of magic with no proper protection or regulation acted as a beacon for the Burning Legion, luring them back to Azeroth. Demons slipped through the gaps of reality, terrorizing the locals until the ruling magocrats were forced to turn to the elves for aid. The Convocation of Silvermoon, the ruling coincil over their society sent high elven wizards who quickly realized what they brought forth. Though not a prominent thread, they warned that if humanity continued to wield magic the demons would never be completely eradicated. The magocrats, unwilling to sacrifice their power, instead proposed selecting a mortal champion to protect them from the legion who would have access to all their might combined to form a secret defense for the world behind the scenes. Even after the elven lords decided to reveal them the history of ancient Kalimdor they continued to resist the idea of giving up their magical powers. Finally the elves agreed. Formed by a secret pact between the human and elven mages, the Council of Tirisfal was created to oversee the secret war to protect Azeroth from demonic invasion. Taking its name from the council's meeting place in the Tirisfal Glades, the Council imbued a single mortal with incredible powers of both elven and human magic. Though there would only ever be one guardian at a time, they held such vast power that they could single-handedly fight back the Legion's agents wherever they were found in the world. The guardian's power was so great that only the Council of Tirisfal was allowed to choose potential successors to the mantle of Guardian. Whenever a guardian grew too old, or wearied of the secret war against chaos, the council chose a new champion and under controlled conditions channeled the guardian power into its new agent. At the same time, the magocrats sent some of their number to research and catalog all human magic. These wizards would eventually become the Kirin Tor, a specialized organization that was charged with cataloging and researching every spell, artifact, and magic item known at the time. Under the vigilant watch of the Order, Dalaran became the chief center of learning for magicians throughout the land.

The once secretive and selective order of magi that kept aloof from ordinary politics has since become one of the foremost factions standing against the threats posed to Azeroth's survival. With Dalaran becoming a focal point of the campaign against the demons and serving as a neutral ground where the heroes of every kingdom could join together against their mutual foes.
In time, the Kirin Tor became the city's ruling power. Dalaran, though not a large city, was a beautiful place of towering spires and glittering streets, and the people there were happy and well protected. The Kirin Tor's headquarters was the Violet Citadel, an impressive building so named for its stone walls which gave off a faint violet light. The building had many libraries, research chambers, testing rooms, classrooms, meeting alcoves and bedrooms.

The city established a friendship with Silvermoon, which while tested, would stand for over two thousand years to come. Although predominantly a human city, some elves, including their own crown prince Kael'thas Sunstrider, would study, live, and even rule in Dalaran at one point or another. And in time even gnomes, dwarves and goblins as well.

It stood for over two milennias before it was destroyed by the demon, Archimonde during the invasion of the Lich King's scourge army after a long series of events, that's ignition curiously their ansestors' reckless use of magic evoked at the beggining of their time.
<insert signature>
Top
Post Reply
1 post • Page 1 of 1