I alluded to this in a previous post on this forum, but I think it warrants its own topic. Pls forgive me if it's too spammy lmoa. 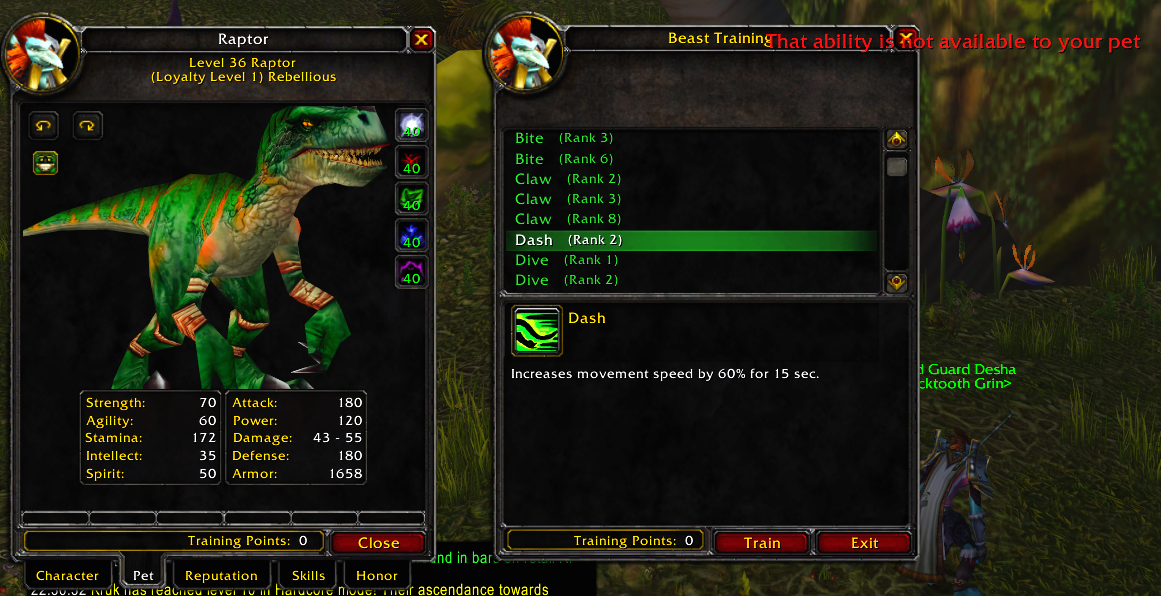 Pros: Cons: With this in mind, however, I think the pros make it worth considering. Even just a quick and hasty "raptors can learn dash now" without adding it to existing mobs would be great, but there are some mobs in game who already have a similar effect! Hell, Takk the Leaper had one of the highest base run speeds in the original Vanilla patches before they normalised pet movement.
Last edited by Snakeman on Thu Jun 23, 2022 8:59 pm, edited 1 time in total.
Your local troll artist and enthusiast.
Desha <Blacktooth Grin>

Lordaeron belongs to the Amani!
Top

Re: Give Raptors Dash!

I think this a great idea.
Vorick Level 60 Warrior
Guildmaster of <Hand of Wrath>
And numerous other characters
viewtopic.php?f=23&t=2269
Top
Post Reply
2 posts • Page 1 of 1