Wowpedia wrote:Finnall Goldensword (also spelled Finall) is the daughter of high elf Kilnar Goldensword of Dalaran and an unknown human (rumored to be Daelin Proudmoore).

Quiet rumors have existed for years about Grand Admiral Daelin Proudmoore's half-elf daughter, Finnall Goldensword. However, unlike the gossip about Jaina Proudmoore's love for the orc Thrall, these rumors are likely true - though there is some doubt amongst certain scholars.

In his youth, during military movements in Lordaeron, Proudmoore had several polite encounters with the high elf sorceress Kilnar Goldensword. Those polite encounters led to a handful of discreet liaisons that inevitably brought Finnall into the world. Proudmoore had been married by that time, and Kilnar had agreed to keep the father of her baby a secret.

Kilnar was a well-respected high elf, and because of this Finnall received better treatment than most of her kind. Her mother, raised among the high elves in the wizard city of Dalaran, told her of her father's identity when she became fully grown. Having met Proudmoore several times and greatly admiring him, she decided to follow the path of her father instead of her mother and become a warrior.

When the Scourge came to Dalaran, Finnall was unable to stop their destruction of her home or the murder of her mother by Arthas himself. She resolved to remain in Lordaeron and rid the continent of the Scourge, a mighty task indeed. Most of the high elves who remained after the battle embraced their magical Highborne ancestry and became the blood elves; they would not stoop to follow a half-elf. The humans who remained on the continent would not believe her when she claimed Proudmoore as her father.

Proudmoore attempted to convince Finnall to travel with him to Theramore to attack Durotar, but she refused, claiming his place was with her to free Lordaeron from the Scourge. He tried to convince her that the continent was lost to the undead, but she rejected his reasoning and considered him a traitor to his homeland.

With her mother dead and father departed for easier battles (in her opinion), Finnall remains with her small band of humans and those high elves who rejected the path of the blood elves. Using guerrilla tactics, she picks off a Scourge encampment here or a caravan there. She is a strong warrior, and thinks of nothing but her goal of freeing her homeland.

Any half-elf who encounters Finnall may wish to join with her. Fighting alongside a member of their race with such strength of body and character - who doesn't have any hang-ups concerning where she came from - is a dream come true for some half-elves.

I think she would make a Great addition to the new High Elf that TurtleWow is doing.


Brann Bronzebeard wrote:One interesting tale I've heard is of a half-elf named Finall Goldensword. This woman is the daughter of the high elf mage Kilnar Goldensword of Dalaran and an unknown human (rumor says it was Daelin Proudmoore, though few humans believe the tale). When Dalaran and her mother fell to the Scourge, Finall tried to unite the surviving humans and high elves around her. Unfortunately, the humans mistrusted her and the disdainful high elves refused to follow a half-breed. Stung but not dissuaded, Finall refused to give up; she calculated that success would bring more people to her banner than her bloodline ever could, and has fought a guerilla war against the Scourge ever since.

A lot of this is taken from Alliance Player's Guide, which is awesome to have if anyone plays on TurtleWoW
Top

I love the idea of this character though Metzen himself had a big "no" about Daelin Proudmoore cheating his wife.
Perhaps rumors can be wrong and she has no connection with Proudmoore family or she's daughter of long-dead Derek Proudmoore. But if she would become canon in TurtleWow, she could be an ally of Argent Dawn and/or Dalaran. Another interesting idea is to put her in Theramore.
Top

Galendor wrote: ↑
Thu Nov 18, 2021 11:09 am
I love the idea of this character though Metzen himself had a big "no" about Daelin Proudmoore cheating his wife.
Perhaps rumors can be wrong and she has no connection with Proudmoore family or she's daughter of long-dead Derek Proudmoore. But if she would become canon in TurtleWow, she could be an ally of Argent Dawn and/or Dalaran. Another interesting idea is to put her in Theramore.

G_Kreil wrote:I guess that slightly modified human model would be cool for her
Something like that, you know 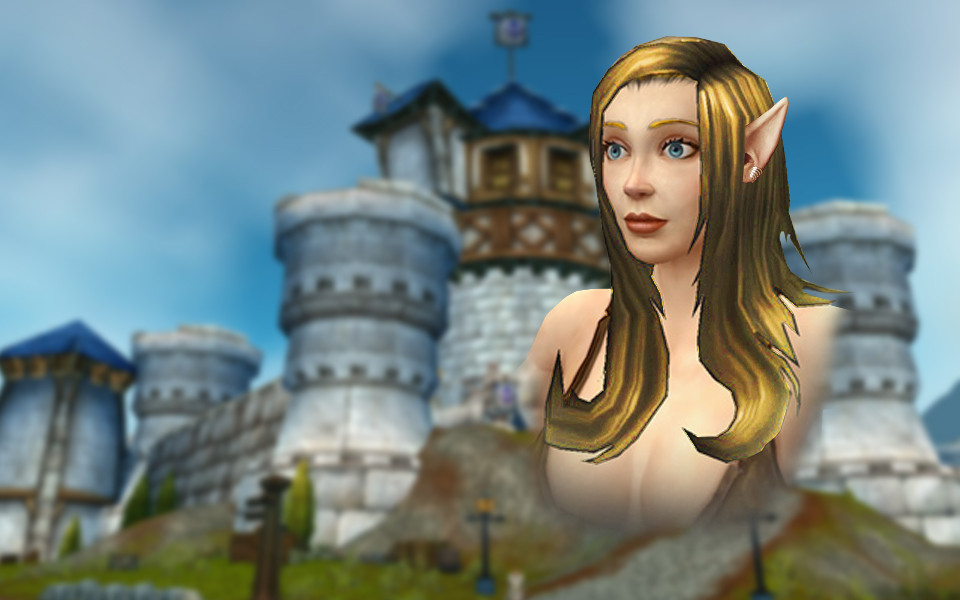 Love the image!
Perhaps she could just be the same character she was created to be, just brought into TurtleWoW. She could be in the new High Elf City, I don't think changing her would be ideal at all.

Don't forget Proudmoore attempted to convince Finnall to travel with him to Theramore, but she refused. He tried to convince her, but she rejected him and considered him a traitor to his homeland. So she definitely has some kind of connection to him.
She has no interest in helping anyone such as Theramore, Dalaran, or even The Argent Dawn, but more of the interest to reclaim her once beloved homeland.
Top

I'm not sure about Alah'thalas because she's Dalaranian, not Thalassian. But still, that could work with some background.
Top
Post Reply
4 posts • Page 1 of 1