Discussion about Stormwind Vault, and an idea for a Horde equivalent

Discussion about Stormwind Vault, and an idea for a Horde equivalent

I noticed that the Stormwind Vault location actually got changed a little bit on this server to have a portal by the initial gate, even saying "This dungeon is currently not available." in red text. Seems like there's plans to add this as an instance in the future, so I figured, why not have some discussion about what the instance could be like, and what could a possible Horde equivalent be like?

This is what the Warcraft RPG books say about the Stormwind Stockades and Vault:

Those criminals who survive arrest and trial reside in one of the city’s two prisons. Common criminals from pickpockets to murderers stay in the Stockade. More dangerous types — demons, rogue mages and the like — are left to rot in the Vault. I don’t like coming near that one; it’s surrounded on all sides by water, and I’m assured it is safe, but the hairs on my feet prickle when I get too close to it. Keeping those demon abominations alive in there is just asking for trouble...

...The city’s two prisons, the Stockade keeps the everyday criminals, while the Vault houses those who have no right to live but we don’t have the means to kill easily — demons, ogre mages and other nightmares. 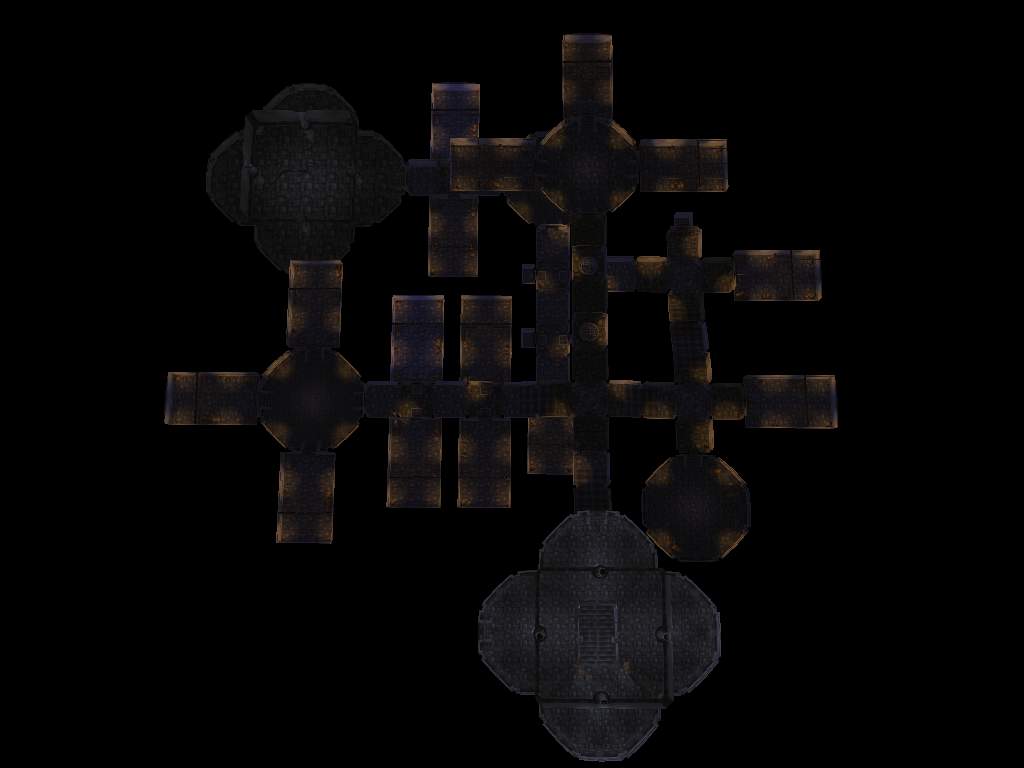 For starters, I don't think it should be an outright 20-40 man raid, nor a 5 man dungeon. Instead, take the UBRS angle with it and add Stormwind Vault in as a 10-man or 15-man mini-raid. Perhaps the reason us adventurers have to go down there and clear it out is because Onyxia caused one last event of chaos before leaving Stormwind, killing the wardens of the powerful prisoners and breaking the seals of the prisoners in the Vault. The map of Stormwind Vault shows there being 5 distinct, big rooms for possible boss fights; when it comes to rogue mages and powerful ogre mages, someone like Glubtok from the Cataclysm Deadmines springs to mind as a boss that could work well, for instance. There could be a necromancer locked away in the vault, using the chaotic situation as an opportunity to build an undead army out of the bodies of dead inmates around him, and a part of the Vault filled with many Horde prisoners; the third boss could be a team of 3-5 Horde champions. But at the bottom of the Vault lies a demonic influence; the second to last boss could be a warlock summoning demons running amuck, with a fearsome doomguard as his guardian, and the final boss could be a particularly notable demon, one with the same "demonhunter" model as the "Atiesh" demon or the infamous "Cleaner".

But the reason Stormwind Vault has always been a confusing idea to speculate about is because there isn't really a Horde equivalent. What Horde city would have an area that not only could fit well as a dungeon, but could conveniently be turned into one and is also mostly unused? Well, there is one...

The Ring of Valor has been criminally underused in Vanilla-Wrath, and while it was originally intended to serve a purpose similar to the Gurubashi Arena (a place that is now easily accessible on this server), it could perhaps instead be the Horde-equivalent for the Stormwind Vault, instead working in a manner reminiscent of Trial of the Crusader from Wrath of the Lich King. While the Alliance is in the midst of political turmoil threatening Stormwind, the Horde instead holds a love for gladiatorial combat, and calls out to any adventurers brave (and greedy) enough to prove themselves in the arena. The loot would be of similar equivalence, but the bosses could vary much more; these bosses could include exotic beasts like a Devilsaur, a mighty Elemental (maybe an Air Elemental as those are seldom seen compared to the other types in Vanilla), Alliance prisoners forced to fight in the arena, a master Venture Co. engineer with many tricks and mechanical creations up his sleeve, and an imposing Giant to round it all off (those who watched the old WoW Beta trailer might remember that fight with a titanic watcher in Gurubashi Arena near the end).

Let me know what y'all think off these ideas and what ideas you personally have, of course. :)
Main character: Keldren
Top

You mean : something like the BRD ring (random boss) in the format of a boss run ?
That's an interesting idea and the context is easy to accept (adventurers from far and wide come test their valor at Orgri in merciless combat).

Mechanically, how should it work ? The ring of valor is an open area, not instanced. So a boss run could be "helped" by by-passers, which defeats the purpose of a trial of strenght. But it is appealing that a player could vibe in the tribune and watch players try the boss run. If it becomes instanced, you can't spectate it, but if it isn't instanced, you can roll on the bosses.

Perhaps : open area boss run, but there is an orc boss npc called "Zug the Arbiter" coded to attack any player who tries to engage the boss without being in the original party. He would be an analog to the dwarf who announces bosses in BRD and attack anyone who tries to rig the fight by helping the original party (and could shout something like "gladiators need no help you fool").
With this Arbiter, players could spectate the fights without interfering in the attempt.

Add a leaderboard at the door of the ring (who can kill X bosses the fastest ?) and you have an eternal challenge for achievers + a nice spectacle for non-achievers players.
Alt: Whitemare
Top

Hi, I am sorry and I don't wish to rain on your parade.

The plans for Stormwind Vault has already been settled, including lore and bosses, it won't be anything like the RPG books but something different I came up with, the dungeon had already been announced as a 5 man dungeon soon to come and it's currently being worked on.

As for the lore of it, it will be released with the dungeon.
The dungeon will also be available for Horde through another means of arriving at it which also will be revealed in the future.

Major props for the suggestion and thank you for taking your time with it, was it not already in works we might've included some of it but we already know what we want for it and it's a bit late to rework.
Not to mention this was planned far back last year when me and Dragunovi joined the team, this was our first project and it will soon be in game.

Once again thank you for the post, when it comes to the Horde equivalent, we're not sure as to what we should do with the arena, but I will take the suggestion into account if we ever decided to play with it.

Would also like to add that some of those suggestions are actually true for the dungeon in some way, as a minor spoiler.
A sheet of paper and a pen can give birth to many things.

Not raining on my parade at all! I just simply wrote this out as a fun way to speculate and maybe generate some ideas for if plans weren't quite set in stone yet. I'll be interested to see what's used instead for the place, as even the info that the RPG gives is really limited so it's definitely a place that's really open to all sorts of potential threats and encounter designs. The main thing I'll be curious about is seeing how and why the Horde will end up going there (other than for the phat loot of course). Thanks for responding to the post, I really appreciate it.


Lahire wrote: ↑
Sun Sep 26, 2021 10:25 am
Mechanically, how should it work ? The ring of valor is an open area, not instanced. So a boss run could be "helped" by by-passers, which defeats the purpose of a trial of strenght.

For that, I was mainly just thinking the same way Karazhan Crypts would be instanced: by either simply putting an instance portal in one of the doorways, where you'll enter into the sandy arena itself, with tons of Horde NPCs sitting in the outskirts watching the show. It wouldn't be a great idea to have it uninstanced, as you'd have groups waiting hours just for some other group to actually finish up what they're doing.
Main character: Keldren
Top

That's less convenient to have to wait but that's more of a community building event to wait while watching your server mates down or wipe on bosses.
If it is instanced, it becomes a gear treadmill like all other : you would go there for the same reason you go to all other instances (gear and exp). As there is already a lot of instances in the game, it could be interesting to have 1 boss event that has not the same flavor as the others.
Alt: Whitemare
Top

As there is already a lot of instances in the game, it could be interesting to have 1 boss event that has not the same flavor as the others.

There is already such a place present in vanilla. An outside boss fight, that can be observed or even interfered with (FFA PvP): Dire Maul Arena
Top
Post Reply
6 posts • Page 1 of 1