First Wish: For goblins to also have the Dwarf racial Find Treasure. I’m not sure how it is for other dwarf players, but with Find Treasure active I’m either very disinterested in exploring a cave system or crypt, or leading the charge and cutting down everything between me and the nearest chest to see what goodies await us. (Assuming that it’s not been looted already, which seems to be the case 1/3 of the time.) Something else to keep in mind is that Find Treasure does not stack with Find Plants or Minerals or any of the Hunter’s Track spells. If any race besides the dwarves would have the Find Treasure racial in all of Warcraft, the goblins would be first in line.

“But goblins are cowards, not explorers,” True, but if you are playing as a goblin, you are an adventurer and therefore explore things. Goblins are literally motivated to do things for money, and you make money by adventuring, even if said adventuring is just mat farming. Typically adventurers don’t have a cozy home life, and in vanilla there is a decent amount of struggle to succeed. As someone with ADD and likes guaranteed loot, seeing the blips on my mini-map and knowing that there are chests nearby immediately flips the switch for LootGoblinMode.exe

“I want Retail’s goblin passive racial traits with a bonus Engineering instead of Alchemy.” We already have the savings from no additional Auction House fees or taxes. The passive for saving money makes sense and is very flavorful, but it’s also a lot stronger than people realize. You will probably see a large influx of level 1 or 10 goblin shopping/bank alts who will then go out gathering the flight paths and people transferring a large amount of their gold to said goblins to go buy everything that’s not alliance exclusive, training, or BoP, and mail back to their mains since that’s a lot of savings that can build up as you level.

You haven’t lived until you’re a level 5-7 Dwarf walking past Crystal Lake in Elwynn Forest with a fresh account, no greens, less than 5 silver to your name, with a teammate in a similar situation. 3 blips for chests pop up on the mini-map in the middle of a swarm of murlocs on an island within 30 yards of eachother. Come hell or high water we’re getting those chests.

Someone mentioned to me the mobile bank thing, honestly I’d much rather have a racial that doesn’t act like something from the donation shop. The donation shop already has a number of gameplay companions that are mechanical, and I would probably purchase them for a goblin engineer.

On the subject of the donation shop, could we get the Core Hound Pup imported at some point to act as a mobile forge? (The smelting would be explained as you feeding it tasty ores and you collecting the bricks that it shits!)

Second wish: Goblin hunters, sure they don’t match the pro-wild and anti-urban theme that Rexxar established in W3, but it makes perfect sense for a Goblin marksman to invest in getting a pet to flaunt their wealth and to act as a guard dog. Plus the TT confirmed they are getting a racial bonus to the profession that makes guns and bullets.

Third wish: Introduce tamable mechanical pets for goblins or engineers. In particular the mechano-striders, the robot gorilla, I want a big robot battle chicken, and a mechanical dragonling that shoots lightning bolts. These could be random spawns where the creature has the Beast type with an appropriate family so they can be tamed, or you could make it so you could craft consumables that hunters with engineering can deploy that will summon a neutral tamable beast that they built.

Maybe some time after the first Turtle WoW expansion add in some of the retail models of mechanical beasts as craftable creatures or rare mobs.

Like the mechanical rabbot which could be part of the Boar family and made out of of bronze bars, bronze frames, some wool, 2 moss agate, 1-3 power cores, some whirling bronze gizmos, handfuls of copper bolts, and some copper modulators. I say Boar family because it would make sense for a bunny to have Charge and mechanical pets in retail are more defensive than offensive. The crowd worried about the PvP problems with introducing a robot bunny should not have to worry because most people associate rabbits with high speeds and Charge is a low level Boar exclusive ability among hunter pets that would make sense on a robot bunny. I would also like to think that even noobs to PvP would be able to recognize that it would be able to move fast and not hit that hard. 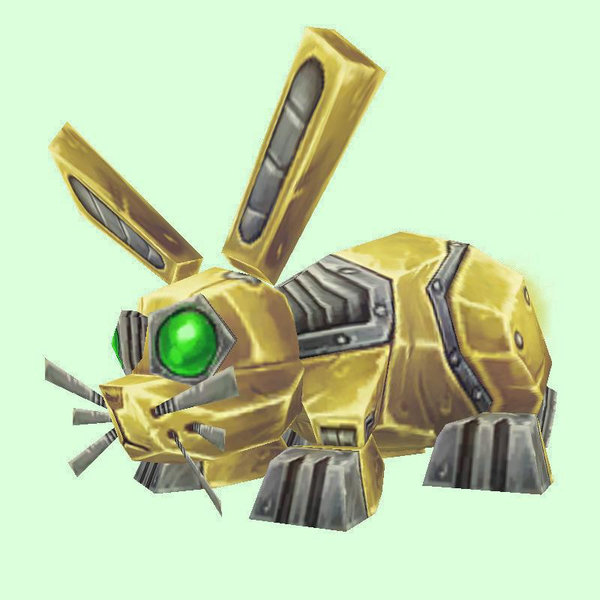 And the rocket chicken which could be part of the Bat family and require higher level materials to make. I help raise free-range chickens, and while they do have talons, they primarily use them for digging in search for food in the dirt and use their beaks as their actual means of attack. Bats have Bite and not Claw, Owls have Claw but not Bite, and Carrion Birds have both with increased defense which would imply that whoever made this chicken put a decent amount of armor on the rockets themselves. The caps on the rockets are armored with a spiked tip in retail, but that seems to be so the chicken can use them for ramming things without blowing up the rockets. I imagine it wouldn’t be too hard to custom make this model using vanilla assets and making the chicken float in the air. 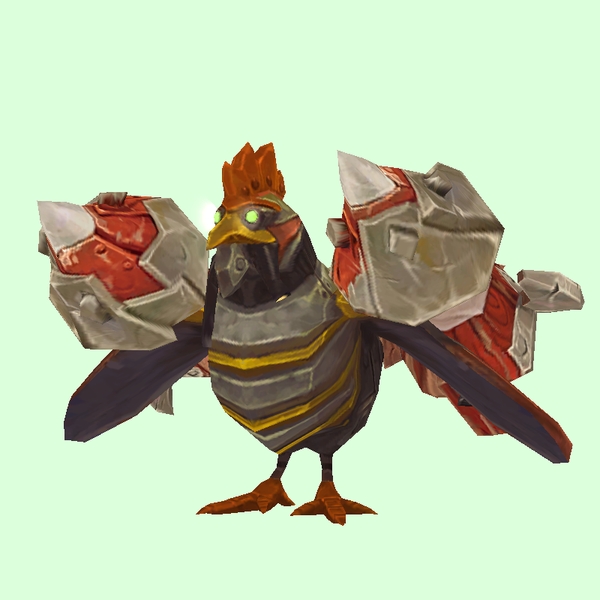 collecting the bricks that it shits!

Sometimes I amuse only myself
Top

I second this! If nothing else the mecha hunter pets.
Top

Gnome Hunters for mechanical pets, too?

Gnome Hunters for mechanical pets, too?